SEOUL, May 8 (Yonhap) -- Tyler Wilson of the LG Twins has been voted the top player in the Korea Baseball Organization (KBO) for the month of April.

The KBO announced the results of the media and fan voting for the monthly honors on Wednesday. Wilson, a second-year American for the Twins, led all candidates with 13 out of 29 votes from the media and 36,784 online votes from fans. Those votes were converted to 50.86 voting points, well ahead of 23.42 points for Doosan Bears' infielder/designated hitter Jose Miguel Fernandez.

In seven starts covering the last week of March and the whole month of April, Wilson went 4-0 with a sparkling 0.57 ERA in 47 2/3 innings. He led all pitchers in both the innings pitched and ERA in that span, while also setting the record for the lowest ERA in the first seven starts of any season. 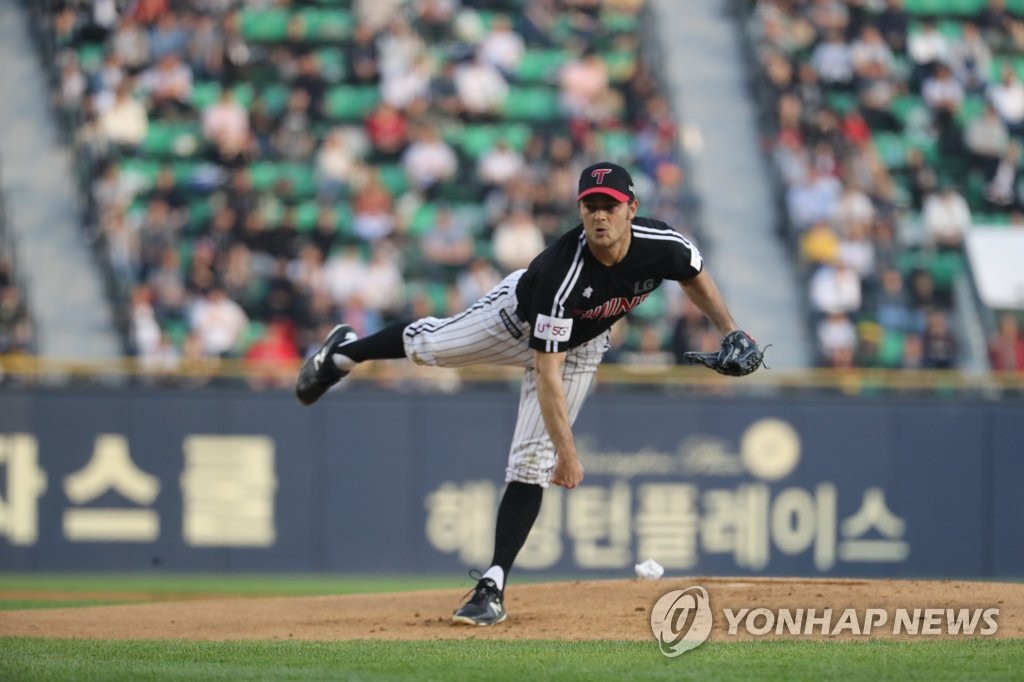