National Assembly Speaker Moon Hee-sang made the remarks at a breakfast meeting with South Korean correspondents in Beijing after he met with senior Chinese officials this week.

"China appears to judge that North Korea is still willing to hold dialogue and a door for talks remains open," Moon said.

He said he asked China to tell North Korea that if Pyongyang gives up its nuclear weapons, security guarantees will be possible.

The speaker is set to return home later in the day after wrapping up a three-day visit to China. Moon's trip was aimed at prompting parliamentary diplomacy amid an impasse over North Korea's denuclearization talks. 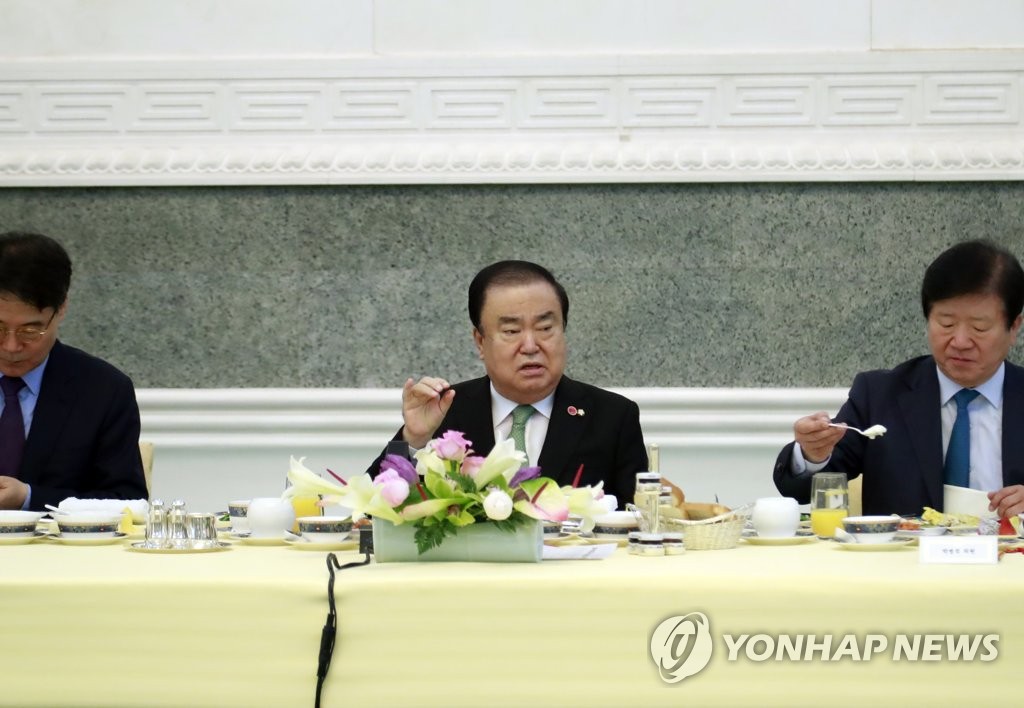 As for North Korea's latest firing of multiple projectiles into the East Sea, Moon said "China did not make special comments on the issue."

"China seems to think the North's act does not intend to break the current status of the U.S.-North Korea relations," he added.

The speaker also said that during his meeting with Li Zhanshu, the chief of the Standing Committee of the National People's Congress, on Tuesday he asked for Chinese President Xi Jinping to visit South Korea.

"I also called on China to ease restrictions on group trips to South Korea that were imposed by some provincial governments (amid a row over the deployment of an advanced U.S. missile defense system, THAAD, in Korea)," he said.

He also noted Seoul and Beijing agreed to cooperate in finding ways to tackle fine dust air pollution as it is a transnational issue.

"China has played an important role in turning tensions on the Korean Peninsula into the dialogue mode. I hope China can continue to do its part as a facilitator for peace on the peninsula," he said. 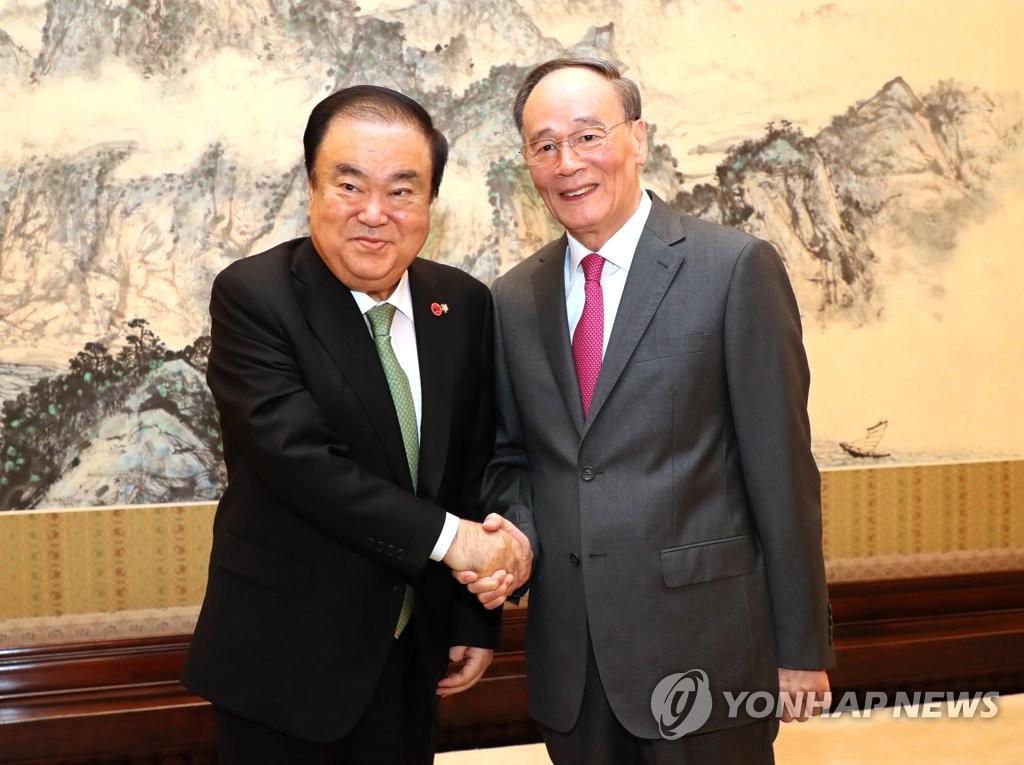