SEOUL, May 8 (Yonhap) -- The United Nations Command (UNC) has approved the opening of the Demilitarized Zone (DMZ) separating the two Koreas for hiking trails in the border towns of Cheorwon and Paju, a military official said Wednesday, following the launch of the DMZ tour program in the eastern coastal section last month.

The towns, in Gangwon and Gyeonggi provinces, respectively, are two of the three "DMZ Peace Trail" sites proposed by the South Korean government under its plan to open the DMZ to the public for the first time since the two Koreas were divided.

Approval for the two trails was completed last week, according to the official, and the government is now working on the details of the Cheorwon and Paju courses, including their routes.

The UNC first approved the opening of the course in the east coast border town of Goseong last month, and the tour program there kicked off on April 27 to coincide with the first anniversary of the first summit between President Moon Jae-in and North Korean leader Kim Jong-un.

The DMZ, which is about 250 kilometers long and 4 km wide, is one of the world's most heavily fortified borders, with the rival Koreas technically in a state of war as the 1950-53 Korean War ended in a truce, not a peace treaty. The UNC oversees activities within the buffer zone.

Since the signing of the comprehensive military agreement in September last year, the two Koreas have pushed for several tension-reducing measures. 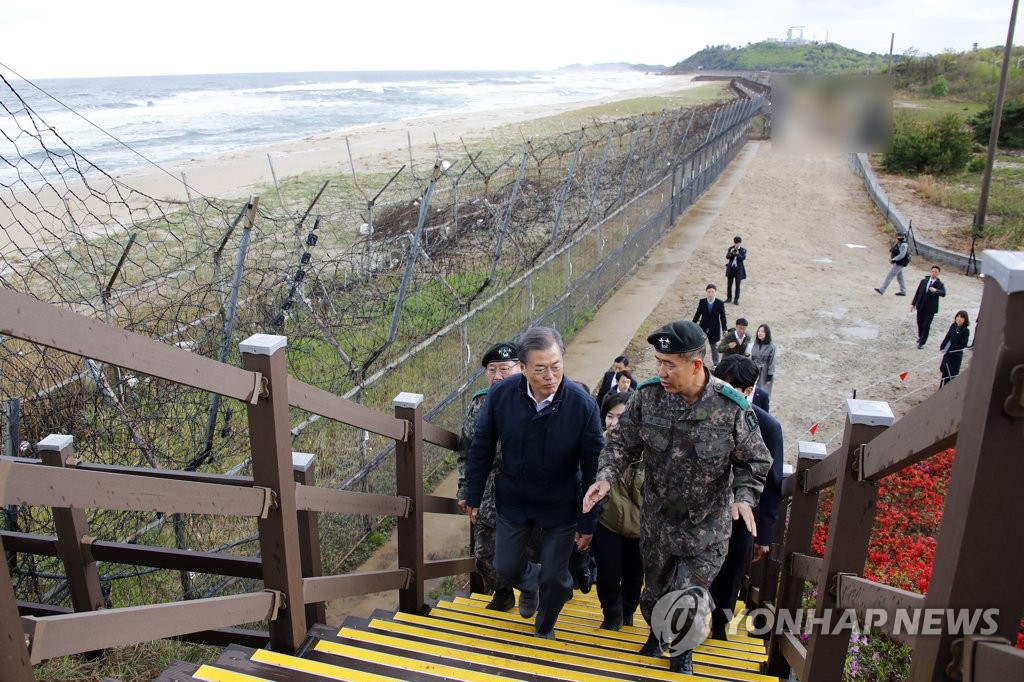