Starting in June, the ministry said it would impose a fine of 5 million won (US$4,263) on first-time violators bringing livestock products into the country, sharply higher than the current 100,000 won.

Third-time violators will be slapped with a whopping 10 million-won fine, up from the current 1 million won, it added.

Although African swine fever is not harmful to people, it is highly fatal and epidemic for pigs, with no cure currently available.

"Since its outbreak in China in August, African swine fever has spread to neighboring countries such as Mongolia and Vietnam," the Ministry of Agriculture, Food and Rural Affairs said.

The country needs to ramp up quarantine measures to protect the local livestock industry, it added.

The ministry said that equipment and workforces, including detection dogs at Jeju International Airport, which is frequently used by Chinese tourists, will also be increased down the road.

The government is considering banning local farms from using food waste as animal feed, as the practice is considered one of the causes of outbreaks of the fever.

Citizens are advised to refrain from visiting livestock farms for at least five days after visiting countries with outbreaks of African swine fever and to avoid feeding leftover food to wild boars.

The move especially came as South Korea's quarantine authority has found traces of African swine fever in pork products brought into the country by travelers 15 times since the outbreak.

"If African swine fever breaks out in South Korea, the government will immediately issue the highest alert and roll out all-out governmental efforts to cope with the situation," the ministry said. 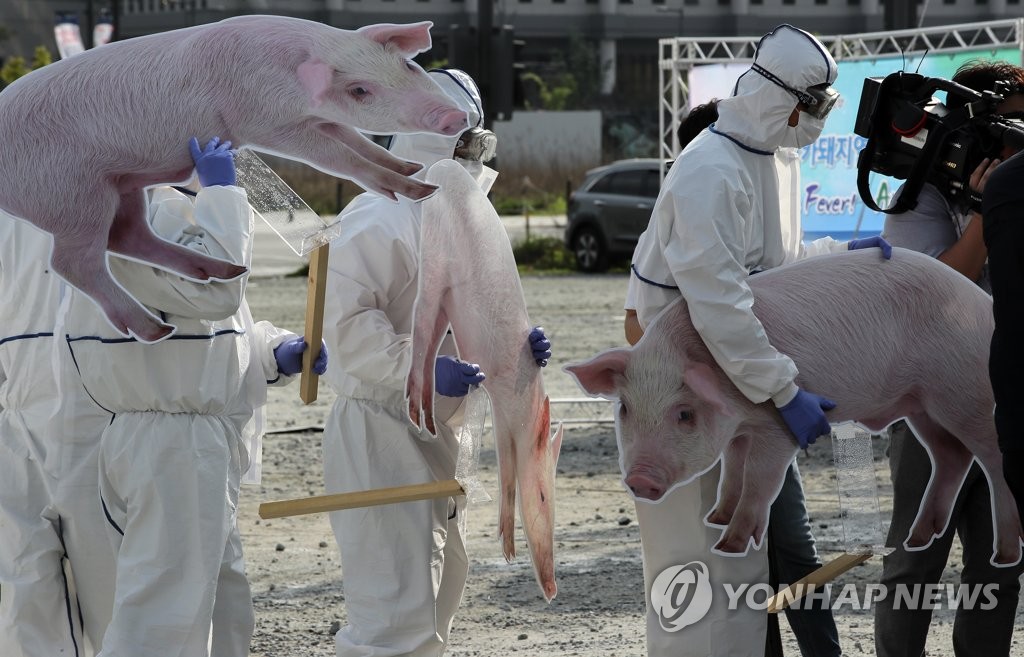 S. Korea ramps up quarantine against swine fever in Asia

S. Korea ramps up quarantine against swine fever in Asia