SEOUL, May 9 (Yonhap) -- Choi Jong-hoon, a former member of South Korean boy band FT Island, was arrested Thursday over allegations that he sexually assaulted a woman with members of a mobile chat room.

Choi is suspected of having participated in an alleged gang rape in 2016 with four members of the KakaoTalk mobile messenger where the now-arrested singer Jung Joon-young shared sex videos that he secretly and illegally filmed.

A local court said it issued an arrest warrant for Choi because the charges have been proven and he may attempt to destroy evidence.

Earlier in the day, Choi, 29, and two of the others appeared at a court hearing to review whether they should be arrested.

The victim reportedly said she was sexually assaulted while intoxicated after having drinks with the five in March 2016.

Choi has denied the allegations.

He also faces allegations that he watched the illegal sex footage uploaded by Jung in the mobile chat room. 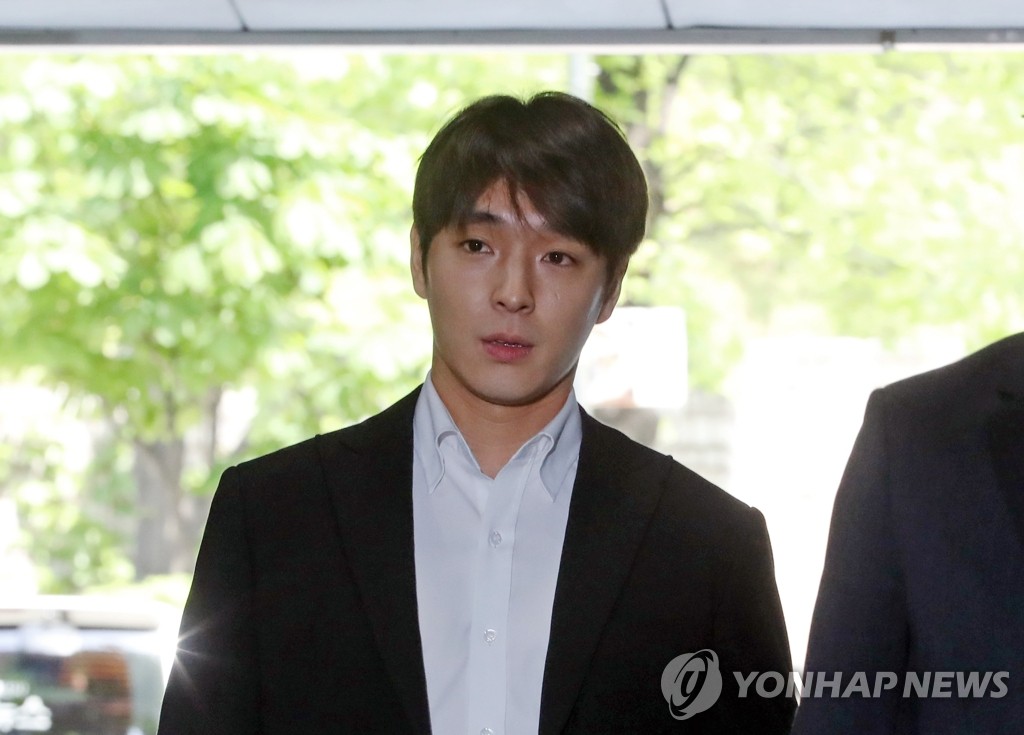