The accumulated sales for the band's seven-track EP, released on April 12, came to a record 3,229,032 in April alone, according to data from Gaon Chart.

It is the most copies sold for an album since 2011 when Gaon Chart started to compile such data. Gaon's earlier album sales record was 2.13 million copies set by BTS' previous "Love Yourself: Answer" in August last year.

Moreover, BTS surpassed veteran artist Kim Gun-mo who holds the Guinness World Record for the best-selling album of all time in South Korea.

Kim's third full-length album "Wrongful Encounter," released in January 1995, set the record with 2.52 million copies sold as of April 19 in the same year. The total sales of his 1995 album are believed to reach around 3 million, outnumbered by BTS' "Map of the Soul: Persona" in less than three weeks.

The septet's latest album has been on a roll since its release, with 2.68 million in preorders and 2.13 million copies sold in the first week.

It debuted atop the Billboard 200 main albums chart in the first week of its release and landed at the top of the British chart for the first time for Korean artists.

BTS is now on a world tour in eight global cities including Chicago, London and Paris. The first leg of the 16 large-scale concerts was held at the Rose Bowl stadium in Pasadena, California, on Saturday and Sunday, and the next will take place in Chicago this coming weekend. 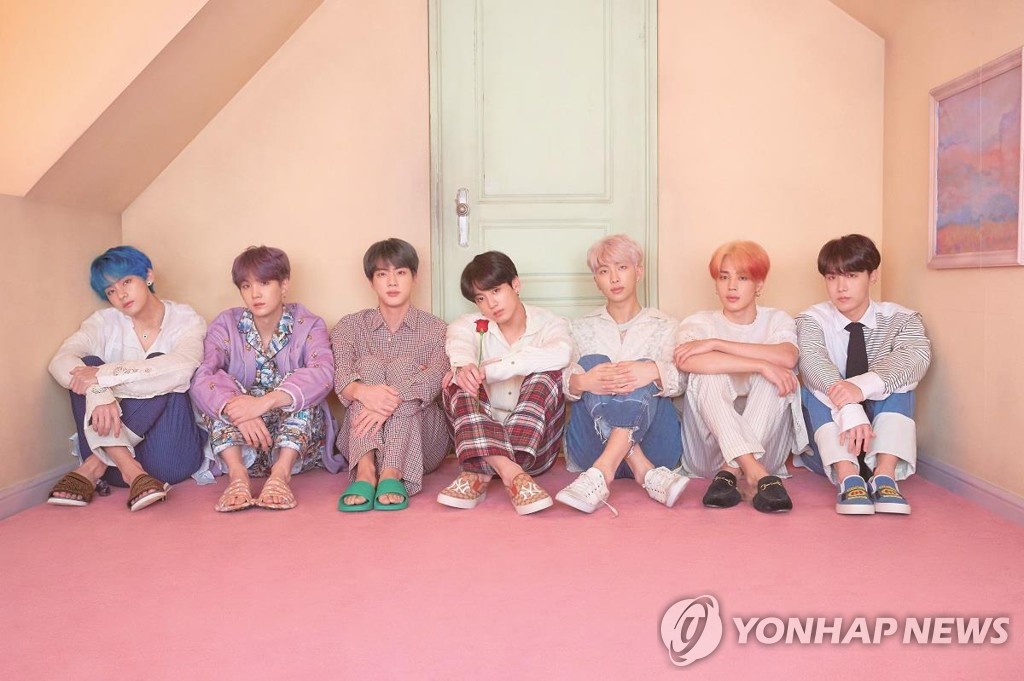 Keywords
#BTS #Map of the Soul: Persona
Issue Keywords
Most Liked
Most Saved
Most Viewed All Categories
Most Viewed More
Most Viewed Photos