He was speaking in a special live interview with public broadcaster KBS, hours after the North's firing of two rockets.

South Korea and the United States believe that they were "short-range missiles," based on an analysis of flight distances, according to the president, who is to mark the second anniversary of his inauguration on Friday.

Moon pointed out that the projectiles the North fired from its eastern coast last weekend flew "relatively short" distances. 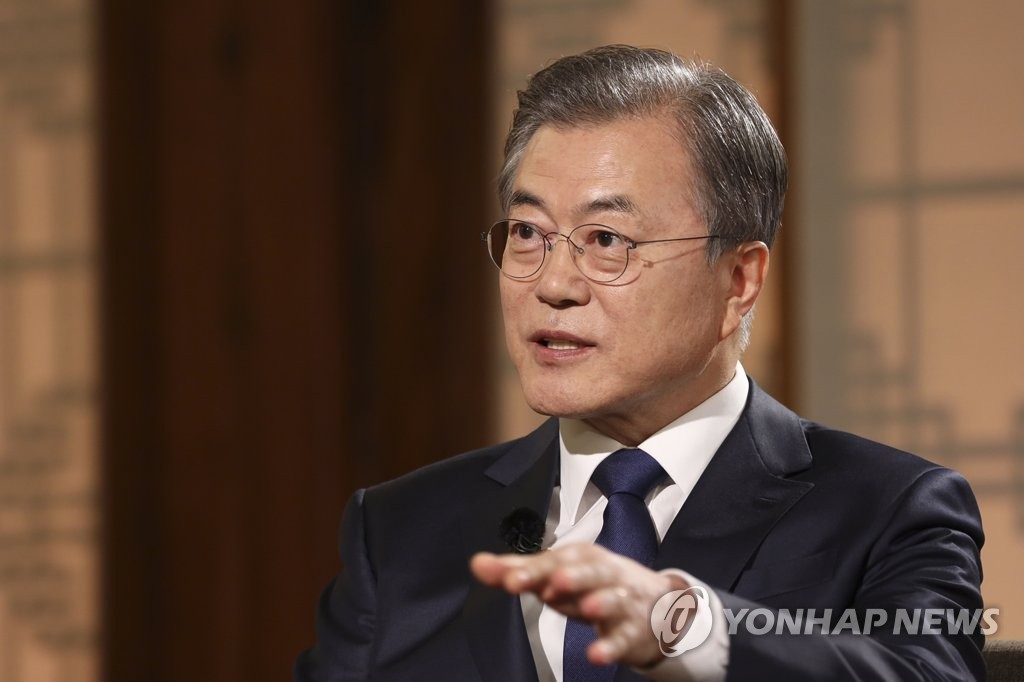 But one of the two projectiles it launched from Kusong, 160 kilometers northwest of the capital, Thursday traveled more than 400 km before splashing into the East Sea despite a low altitude, he added. The other flew around 270 km, according to South Korea's military.

It might constitute a violation of U.N. Security Council resolutions prohibiting the North from using ballistic missile technology but it's premature to make a conclusion, Moon said.

"Anyway, however, I'd like to warn North Korea that if such behavior by North Korea is repeated, it could make the current dialogue and negotiation phase difficult," he stressed.

He said the North appears to be demonstrating its displeasure with the breakdown of the Hanoi summit between leader Kim Jong-un and U.S. President Donald Trump in late February. Pyongyang also seems to be trying to secure leverage for future talks, he added.

Nonetheless, the North is apparently refraining from making military threats, Moon said, adding its post-launch action is different from the past pattern of taking provocative acts and bragging or bluffing about its military capabilities.

On Seoul's possible food assistance for the impoverished communist neighbor, he hinted at a plan to ship rice there, saying there's a huge amount of rice available in South Korea, which costs 600 billion won (US$507 million) a year to store.

He also expressed hope for dialogue with political parties at home to discuss the humanitarian move.

Moon had phone talks with Trump on Tuesday, during which the U.S. president threw his weight behind Seoul's possible food assistance for Pyongyang.

As North Korea conducted another rocket launch after the discussions, Moon said, the government needs public consensus on the food aid issue. 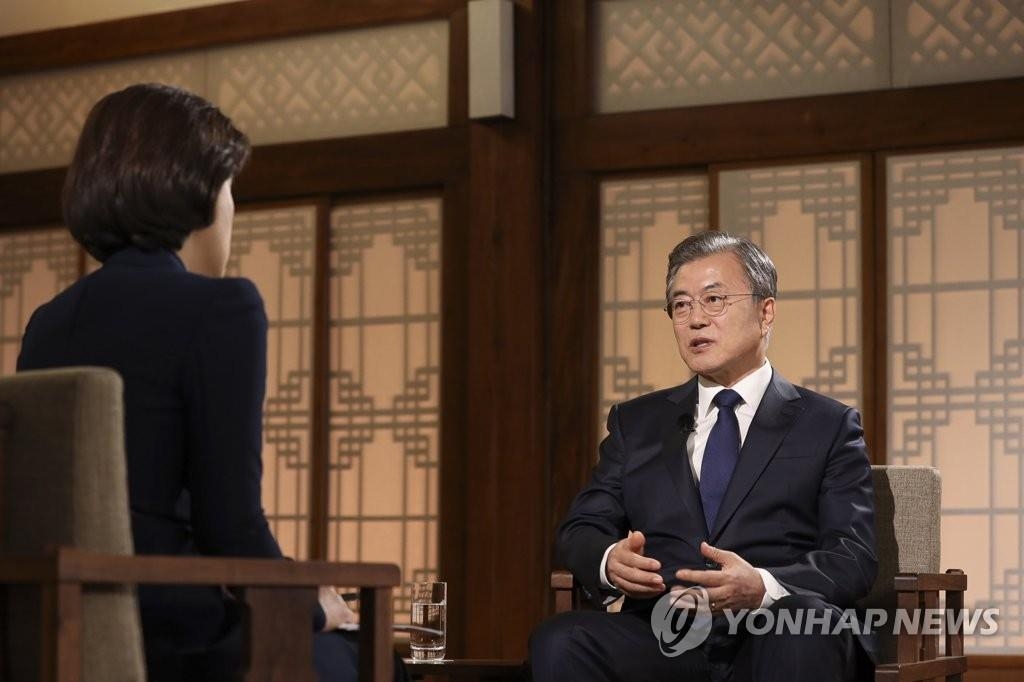 Asked about the possibility of dispatching a special envoy to North Korea, he avoided a direct answer, just saying his government is making various efforts for dialogue.

Introducing his private conversation with Kim during their Panmunjom summit in April last year, Moon said the North's leader expressed his commitment to denuclearization "very frankly."

Regarding soured relations between Seoul and Tokyo, he said the recent enthronement of Japanese Emperor Naruhito may offer a chance for mending fences.

He said it would be a "good thing" to hold a summit with Prime Minister Shinzo Abe when he visits Osaka, Japan, late next month for a Group of 20 session.

Touching on the economy, he indicated some flexibility on the minimum wage in spite of his campaign pledge to raise it to 10,000 won by 2020. It is currently set at 8,350 won.

"I don't think it should be raised unconditionally," he said.