SEOUL, May 13 (Yonhap) -- Leaving your dogs and cats at home alone all day with just a treat dispenser and some toys is heartbreaking. Your furry friends will likely just lie on the couch eagerly awaiting your return.

GomiLabs, a startup that develops artificial intelligence (AI) pet entertainment devices and pet care products, is working to create solutions to keep them physically and mentally stimulated, according to its chief executive officer.

The CEO says it can help pet owners who want their loving animals to stay active and not feel lonely.

"An increasing number of pet owners are concerned about their pets' health and psychology, and are willing to spend money as they do not think of their dogs and cats as just animals but as part of their families," Kim In-su, the CEO of GomiLabs, said in an interview with Yonhap News Agency in Seoul.

"We can help pet owners who want their loving animals to stay active and not feel lonely," he said.

The engineer with a degree in software development says the company's goal is to launch various devices that can take care of pets around the clock and eventually provide a comprehensive solution for their health and psychology based on the database.

Since its foundation by a group of engineers in 2015, GomiLabs has focused on developing AI-embedded devices from smart toys to wearables that not only entertain pets but also learn their behavioral patterns.

Among the lineup of GomiLabs' devices is an interactive smart toy called the Gomi Ball, scheduled for global launch in September, that continuously rolls in irregular patterns as it interacts with pets and uses responsive triggers, such as touch.

The device's AI system analyzes the pets' patterns for 24 hours through a free mobile application, allowing pet owners to remotely track and monitor their pets' activity, the chief executive said.

"When the dog bites Gomi, it vibrates, and when the dog grabs or drops Gomi, it rolls away and escapes by itself," Kim said. "Gomi continuously moves in patterns that are tailored for each pet as it gets smarter so that your pet never gets bored." 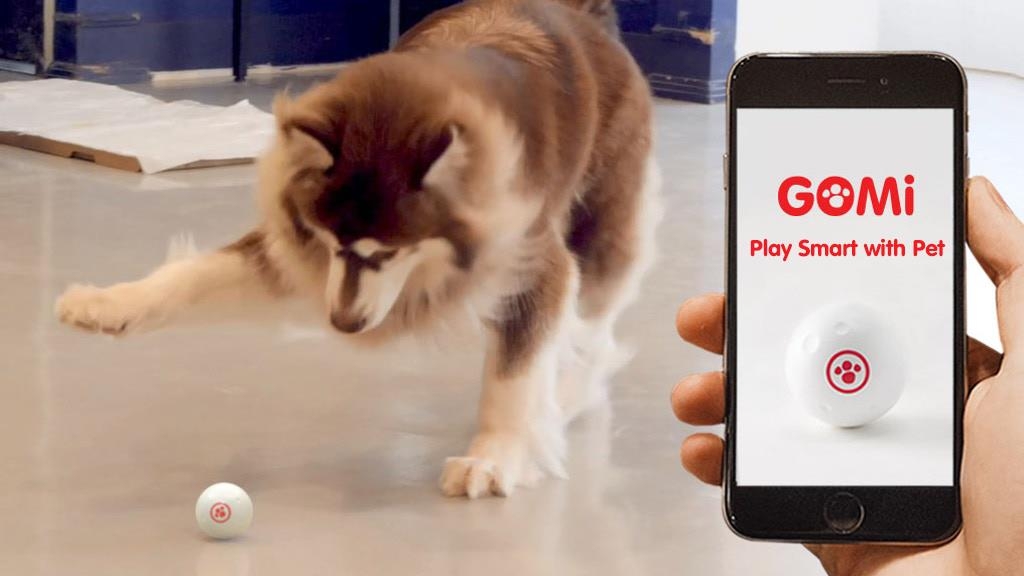 The smart toy, first showcased on the crowdfunding website Kickstarter, costs US$146 and comes with a charger stand and a cable.

Two additional devices -- a wearable attached to a collar and an automatic feeder -- are currently under development as well and available for a prototype soon, GomiLabs said.

"The wearable has a sensor that monitors pets' movements to learn their activity patterns in real time," Kim said. "The device is also connected to the application that instructs pets to move around when they need exercise."

The AI-driven feeder product, the Gomi Toss, is also connected to the application to not only record the amount of food intake but also automatically give more food as rewards when the pet exercises with the Gomi Ball.

Despite a steep growth of the country's pet population estimated at 10 million, there are not viable smart tools fully dedicated to taking care of pets left alone at home, which may experience anxiety and suffer from obesity, according to Kim.

Kim said more than 1 in 5 local households in South Korea had at least one pet last year, and the portion will further increase largely on the back of a rise in single-person households.

That means the pet care market, although it is already expanding fast, has vast potential to grow further down the road, he said.

The global pet care market is valued at $131 billion in 2019, growing 6.3 percent from last year's estimated $123 billion, according to the data from industry tracker Euromonitor International.

For South Korea, its pet care market is estimated at $1.57 billion this year, a 5.4 percent on-year rise from last year's estimated $1.49 billion and a twofold jump from 2011, the data show.

While the company's products and technology do not provide a complete solution to the various issues faced by pets and their owners, they can assist pets that need stimulation, and can help with physical and behavior issues, Kim said.

"We started our firm to provide the world with beneficial technology so that there are less lonely pets and possibly abandoned animals," he said. 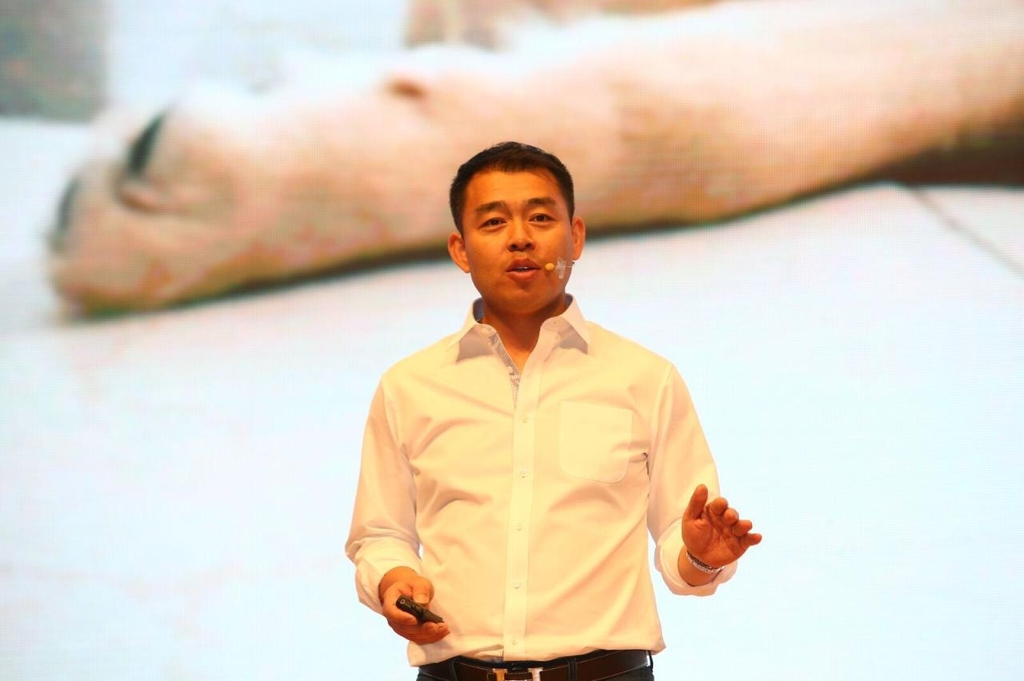