SEOUL, May 11 (Yonhap) -- Actor Ma Dong-seok has carved out his own presence in the South Korean movie industry, with viewers coming to mostly know him for his muscular arms, rock-solid build and rugged looks. But alongside his tough exterior, he exhibits a friendly, cute demeanor that earned him the nickname "Mavely," a combination of his surname, "Ma," and "lovely."

In the action-adventure film "The Gangster, the Cop, the Devil," to be released next week, Korean movie fans may find themselves unfamiliar with Ma as he plays a character that largely emphasizes his masculinity.

"I chose this movie because of its uniqueness that stands out among crime action flicks," Ma said in a recent interview with Yonhap News Agency ahead of the release of the film. "I was interested in the plot where evil people join hands to catch a criminal." 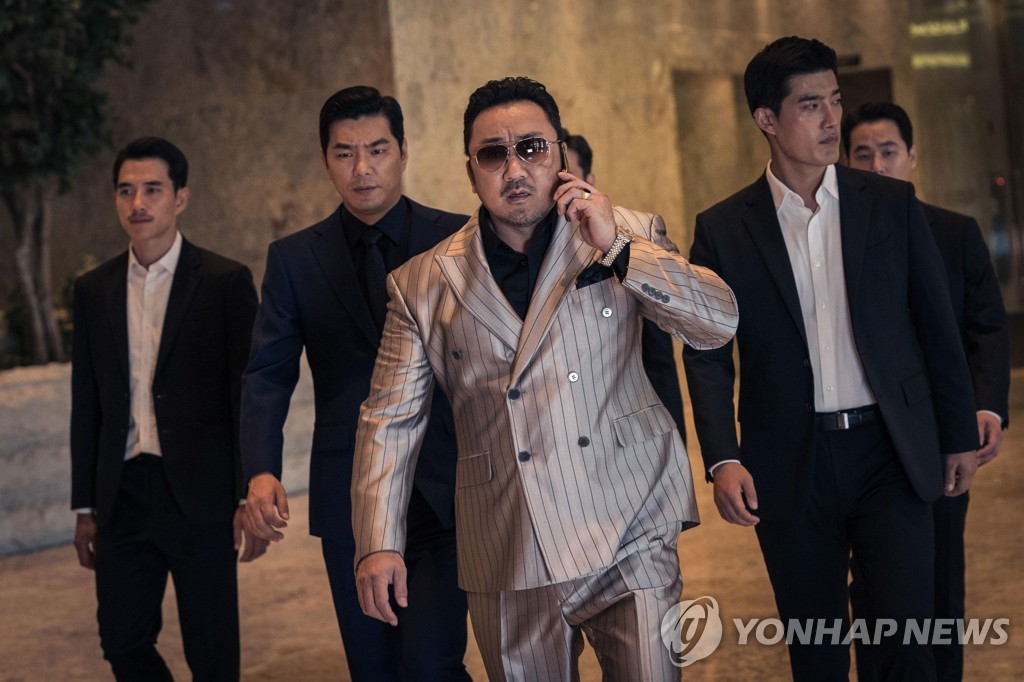 The movie is about a gang boss collaborating with a police officer to catch a serial killer who is trying to kill him. Ma plays the boss, making full use of his physical strength to move almost anything out of his way, showing that his character is not a kind man at all.

It is unlike the lovely or cartoony action characters that Ma has played in previous movies, including mega-hit "Train to Busan" and "Along with the Gods: The Last 49 Days."

"I've played villain roles in the past, but I started to take parts playing characters who punish the wicked," said the 48-year old, who was once the personal trainer of prominent mixed martial artists, including Mark Coleman. "But director Lee Won-tae wants villain Ma Dong-seok in this movie."

In the upcoming film, he tried to whittle down the "Mavely" image while increasing the rabid energy to embody the character's ingrained criminality. Still, his flashes of humor strike a groove that jazzes up the on-screen atmosphere.

"I like comedy movies. I tried a lot to hold back my desire to make viewers laugh," said Ma.

The Korean-American, who debuted in 2005 with action-comedy "Heaven's Soldiers," has kept himself busy of late, making eight appearances over the last two years. This year, he has already been cast in three new films, including "The Gangster, the Cop, the Devil."

Two blockbusters -- "Along With the Gods: The Two Worlds" and "Along with the Gods: The Last 49 Days" -- both of which attracted more than 10 million moviegoers, led him to become one of the most bankable actors in South Korea.

Critics say that with Ma having so many projects on the go at the same time, he will have challenges in creating fresh images as an actor.

"It's hard to play various roles in action movies," he said. "But I think I can create newer ones after experiencing as many action scenes as I can."

Thanks to his workaholic shtick, he has recently received many love calls from abroad.

"The Gangster, the Cop, the Devil" was included in the lineup for the Cannes Film Festival slated for next week. It is Ma's second invitation from Cannes following "Train to Busan" in 2016.

The film will be also remade by Hollywood studio Balboa Pictures, led by Sylvester Stallone, and Ma will play the same part in the U.S. edition.

He said the timing was good for him to star in a Hollywood movie.

"It didn't just happen unexpectedly one day," he said. "I've been in contact with the U.S. side even though they offered small roles. But I couldn't do it due to timing issues."

But he remained cautious about recent news reports that he is in talks to appear in Marvel Studios' upcoming film "The Eternals."

"Marvel made the offer," he said. "We've discussed it, but nothing has been decided. I have to wait for the official announcement." 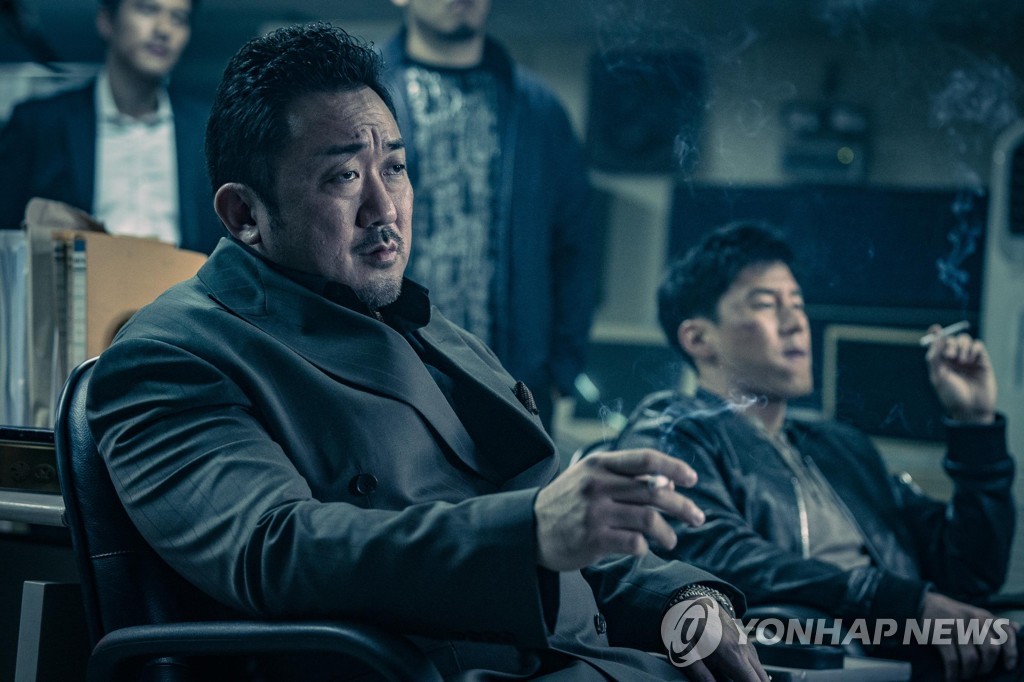