SEOUL, May 10 (Yonhap) -- South Korea on Friday approved the construction of a new 15-megawatt (MW) research reactor that will be tasked with producing radioactive isotopes for medical and industrial purposes.

The construction of the reactor unit in Gijang, some 450 kilometers southeast of Seoul, is scheduled to be completed around 2024 with some 439 billion won (US$373 million) in state funds earmarked for the project at present, the Ministry of Science and ICT and the Nuclear Safety and Security Commission said.

The reactor with an operational lifespan of 50 years will be first of its kind in the country to have a fission molybdenum (Mo-99) production facility.

South Korea imports all Mo-99 isotopes from abroad. They are used in molecular imaging in nuclear medicine.

"Once the reactor goes online it will be able to supply 10 billion won worth of isotopes for use within the country, with exports expected to reach 45 billion won per year," the science ministry said.

It said the project could also permit Seoul to export such units going forward, after it last built a small 5 MW research reactor for Jordan.

The new reactor, to be built on 130,000 square meters of land, will augment the country's existing 30 MW High-flux Advanced Neutron Application Reactor (HANARO) reactor in Daejeon, which has been in operation since the mid-1990s, the commission said. The HANARO is used to conduct various scientific and engineering research.

The nuclear commission, meanwhile, stressed that the reactor will be built in line with the highest safety standards. The Gijang reactor project was first proposed by the state-run Korea Atomic Energy Research Institute in late 2014.

"The government will be involved in all aspects of the construction process to ensure the reactor is safe to operate and poses no environmental risks," the atomic commission said. 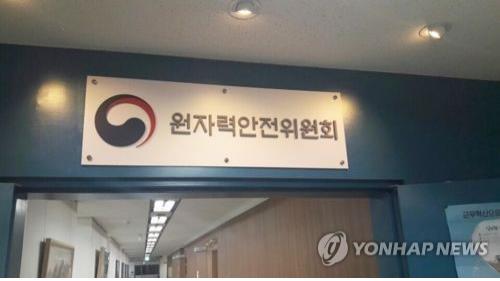