SEOUL, May 12 (Yonhap) -- A South Korean violinist and a North Korean soprano shared a stage in China on Sunday, in an effort to promote reconciliation as tensions threaten to rise again on the peninsula.

Their concert came three days after North Korea fired what Seoul believes were short-range missiles into the East Sea. 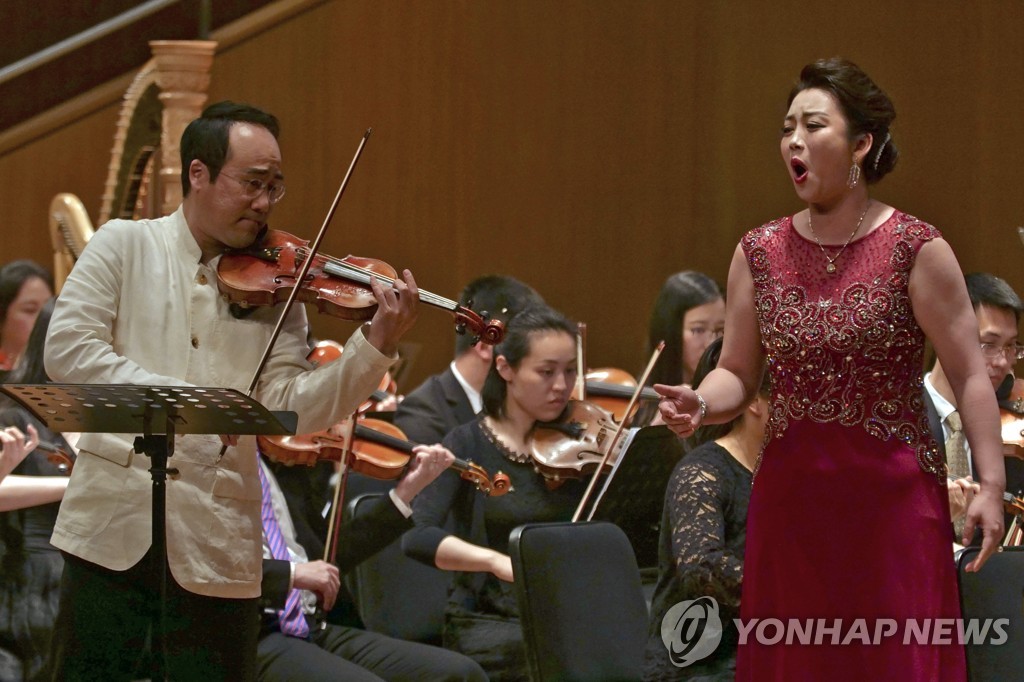 Won and Kim were set to hold a joint concert in the southern South Korean island of Jeju last December. They reached an agreement on the performance in November, but the show was scrapped at the last minute due to a lack of preparations. Seoul's unification ministry had approved Kim's trip across the border.

Won is known for his long-time commitment to improving inter-Korean relations through joint music performances. The Juilliard School graduate launched the annual Lindenbaum Music Festival in 2009 to promote peace and harmony through music.

Kim, a graduate of Pyongyang's prestigious Kim Won-gyun Conservatory, is the North's representative of the Chosun Arts Exchange Association in China.

In their Shanghai show, Won performed Pablo de Sarasate's "Zigeunerweisen," and Kim sang the Korean folk song "Arirang," as well as Antonin Dvorak's "Songs My Mother Taught Me" with Won on the violin.

"When I met (Kim) for the first time, I felt like I was reuniting with an old friend who's been on the same wavelength with me," Won told the Associated Press (AP) before Sunday's concert. "This performance shouldn't be the end ... and what's important now is what other dreams we can have together."

In a written interview with the AP prior to the concert, Kim said she "heartily wishes" her songs will help restore the reconciliation mood and added, "I'm nervous and anxious about what inspiration the audience would have and what reaction North and South Korean compatriots would show to our joint performance." 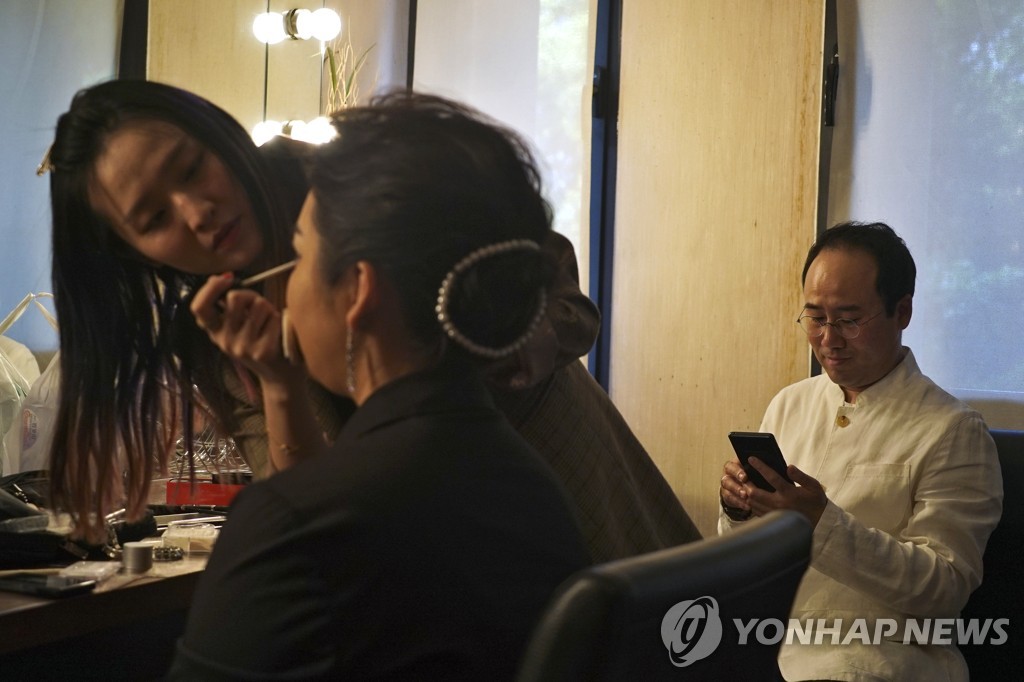