SEOUL, May 13 (Yonhap) -- South Korea's Kang Sung-hoon has clinched his first PGA Tour victory in the eight years since his debut.

The 31-year old Korean, also internationally known as Sung Kang, closed with a four-under 67 to finish at 23-under in the PGA AT&T Byron Nelson at Trinity Forest Golf Club in Dallas, Texas, on Sunday (local time).

Americans Matt Every and Scott Piercy tied for second two strokes behind.

Having made his PGA debut in 2011, Kang topped the leaderboard for the first time in his 159th career attempt. 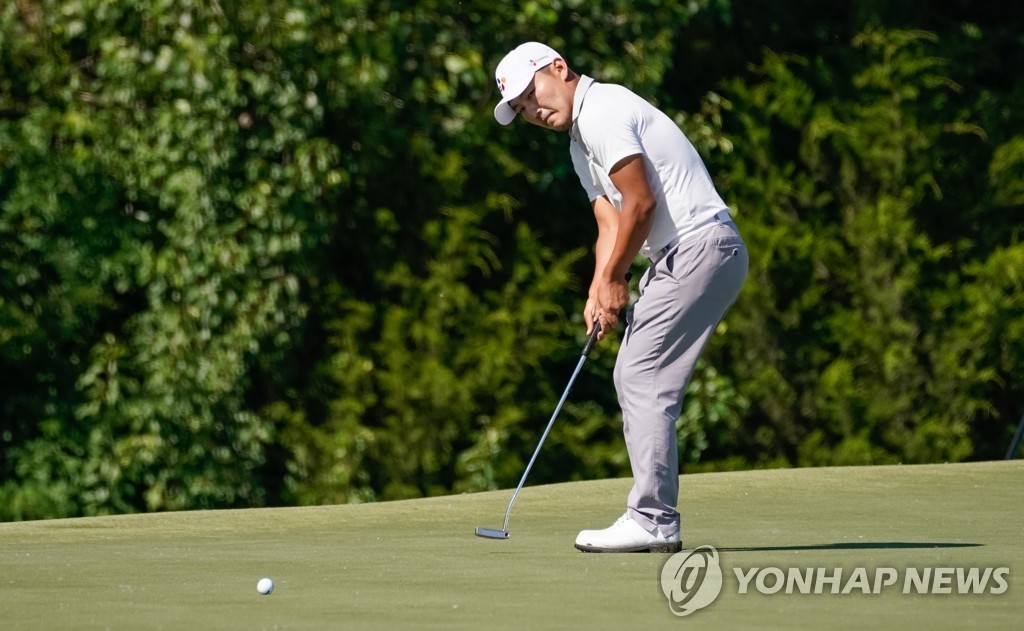 Kang, who matched the course record with a 61 in the second round on Friday, played 27 holes on Sunday as the third round was suspended in the middle due to bad weather the previous day.

Before starting the remaining nine-hole third round, he was one shot away from then-leader Every. But Kang fired three birdies and a bogey and regained a three-shot lead before heading into the fourth round.

In the final round, Every fired seven birdies to tie with Kang at the 14th hole. On the next par-four hole, however, Kang holed a seven-meter putt for birdie, outpacing the American, who bogeyed.

Then the Korean birdied on the 16th and saved par on the 17th, while Every failed to birdie to narrow the three-stroke gap with Kang.

On the final hole, he settled for bogey, but it was enough to win by two shots over runner-up Every and Piercy, who carded bogey-free throughout the tournament.

Following his first PGA title, Kang soared to 75th in the latest world golf rankings from the previous week's 138th. He is the fourth-highest South Korean golfer after Kim Si-woo in 53rd, An Byeong-hoon in 57th and Im Sung-jae in 60th.