SEOUL, May 13 (Yonhap) -- About half of South Koreans think the government should seek dialogue with North Korea, a survey showed Monday, as inter-Korean ties remained stalled amid the deadlocked nuclear talks between Washington and Pyongyang.

Of the 1,003 adults surveyed last month, 51.4 percent said the government should pursue talks and compromise with the Kim Jong-un regime, according to the state-run Korea Institute for National Unification. It marked the first time for the tally to surpass 50 percent since the institute included the question in the annual survey in 2016.

The proportion of people who viewed the Kim regime as a partner with which having talks and agreements is possible increased from 8.8 percent in 2017 to 26.6 percent in 2018 and 33.5 percent this year, though those who answered negatively to the question still stood higher at 39.2 percent in the latest survey.

The proportion of people who said the Kim regime would be an impossible or difficult partner to have talks and agreements with has been decreasing from 76.3 percent in 2017 to 48 percent in 2018.

The institute attributed the change to the government's continued efforts to improve inter-Korean ties since last year.

Still, 72.4 percent of respondents said North Korea will not give up its nuclear program, and only 28.7 percent said more economic sanctions will lead to the North's abandonment of its nuclear weapons.

The poll also showed that 64.3 percent of the respondents agreed that cross-border economic exchanges should continue even in times of political and military tensions.

Yet the majority of South Korans -- 60 percent of the respondents -- reacted negatively to whether the South should help the North overcome current economic difficulties even if that causes immediate losses to the South.

The proportion of people who said unification is necessary, meanwhile, stood at 65.6 percent. The tally had spiked from 57.8 percent in 2017 to 70.7 percent last year amid a series of inter-Korean talks, including three summits between President Moon Jae-in and the North's Kim.

In response to a separate question, more people -- 46 percent in 2017, 48.6 percent in 2018 and 49.5 percent this year -- agreed that unification is not necessary as long as the two Koreas can peacefully co-exist without war.

"For most South Koreans, unification is no longer an absolute goal to achieve at all costs," the institute said. "We need to develop a new argument to persuade individuals why unification matters."

The latest poll was conducted from April 5-25. It has a margin of error of plus or minus 3.1 percentage points and a 95 percent confidence level. 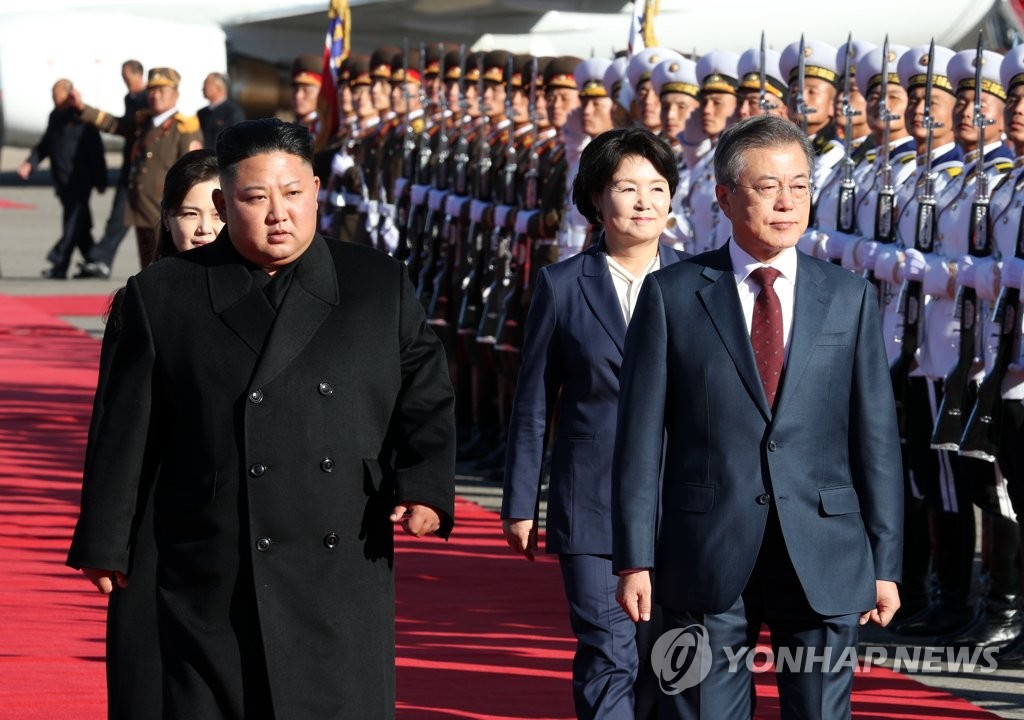 Half of S. Koreans say gov't should pursue dialogue with N. Korea: poll

Half of S. Koreans say gov't should pursue dialogue with N. Korea: poll