SEOUL, May 14 (Yonhap) -- A Seoul court held a hearing on Tuesday to decide whether to issue an arrest warrant for former BIGBANG member Seungri on embezzlement and pimping charges.

Seungri, 28, appeared at the Seoul Central District Court at around 10 a.m. to attend the hearing. He did not answer questions from reporters when asked whether he admits to the allegations. 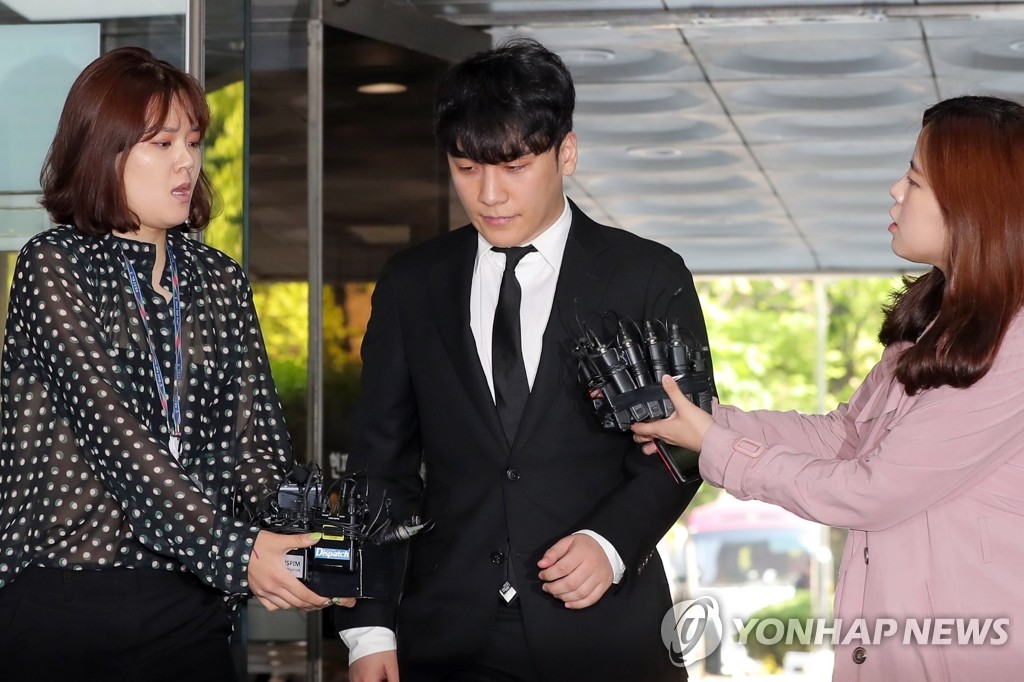 Seungri is alleged to have arranged sex services for Japanese investors in 2015, together with his business partner Yoo In-suk, a former head of Yuri Holdings Co. He is also suspected of paying for prostitution services in 2015.

They face allegations of embezzlement of about 530 million won (US$445,700) in total from Burning Sun, a club in southern Seoul where the singer worked as a public relations director, in July 2016.

A court hearing for Yoo was also held over the allegations.

Burning Sun stands at the center of the sex and drug scandals involving Seungri and other K-pop stars. The club closed down in February after it came under investigation over drug use, sexual violence and corrupt ties with district police.

The court will decide whether to issue the arrest warrants late Tuesday. Seungri has denied the allegations.