The business tie-up came as Hyundai and Kia aim to develop the electrified version of Hyundai's high-performance N brand sports car and a new hydrogen fuel-cell electric car model by 2020 for commercial production afterwards, they said.

"Rimac is an innovative company with outstanding capabilities in high-performance electric vehicles. Its startup roots and abundant experience collaborating with automakers combined with technological prowess makes Rimac the ideal partner for us," Chung said in the statement.

Rimac has advanced technologies in its high-performance electric vehicles' operating systems, Hyundai said. For instance, it introduced the C_Two semi-autonomous electric hypercar that has 1,888 horsepower and can go from 0-100 kilometers in 1.85 seconds, the statement said.

"We want to build high-performance vehicles that are not only fast and powerful but also meet the highest expectations of our customers as the car of their dreams," Thomas Schemera, executive vice president and head of the group's production division, said in the statement. 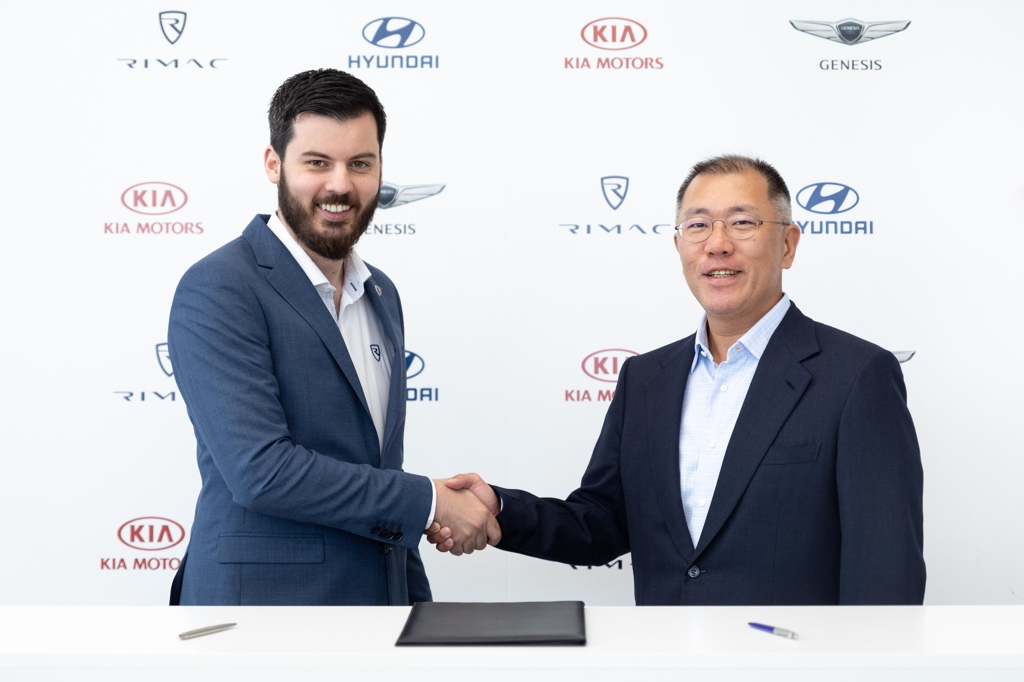