SEOUL, May 14 (Yonhap) -- South Korea's new culture minister said Tuesday he will focus on formulating tourism strategies based on "sustainability," which can also become one of the country's new growth engines.

Park Yang-woo, who took office as minister of culture, sports and tourism last month, said he is determined to craft the mid- and long-term policy vision to help create jobs and boost economic growth.

"Tourism is a complex industry that needs to be subject to comprehensive policy review," Park said during a meeting with reporters in Seoul. "I think the important thing is to build a foundation so that the policies are carried out throughout the next administration. The policy should be based on the principles of sustainability," Park said.

The government has said it will first turn one of the country's metropolitan areas, such as Seoul and Jeju Island, into a global tourist destination, while also developing four local cities into regional tourism hubs.

"I would like to compliment the case of Japan where not only local governments but also local residents cohesively work together to make their home town a travel destination," Park said.

Park, a culture policy veteran with 30 years of experience in the field, said the policy should focus on both bringing in more foreign tourists and encouraging more nationals to travel within the country.

"Earning foreign money is not the only important thing ... promoting the domestic tourism sector can lead to increased domestic consumption," the policymaker said.

Park stressed that the local tourism industry should constantly pursue innovation through new ideas in the face of changing industry circumstances.

Park cited a tour program themed after the Korean Wave of popular culture, or "hallyu," and a tour package for the Demilitarized Zone that separates the two Koreas.

The ministry is seeking a new eco-tourism destination for the vast range of wildlife and ecosystems that have been well-preserved for as long as the Korean peninsula has been divided since the end of the 1950-53 Korean War.

The country's deficit in tourism more than doubled to US$13.8 billion in 2018, marking the 17th consecutive year of deficit, government data showed. A total of 15.34 million foreigners visited South Korea last year. 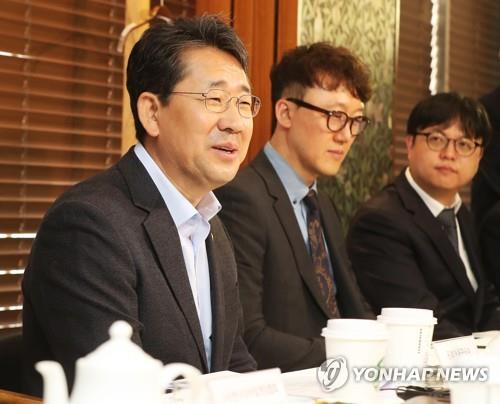