SEOUL, May 15 (Yonhap) -- Samsung Electronics Co. said Wednesday that it showcased its latest semiconductor technologies and foundry solutions to fabless companies and design houses to expand its presence in the global market.

Foundry refers to the contract chip manufacturing business for fabless chip makers, such as U.S. tech behemoths Qualcomm and Broadcom, which design and sell semiconductors for various types of electronics.

Samsung said it has provided the process design kit for the 3 nm Gate-All-Around (GAA) process, which improves performance and saves energy over the 7 nm process, to help customers get an early start on design work. 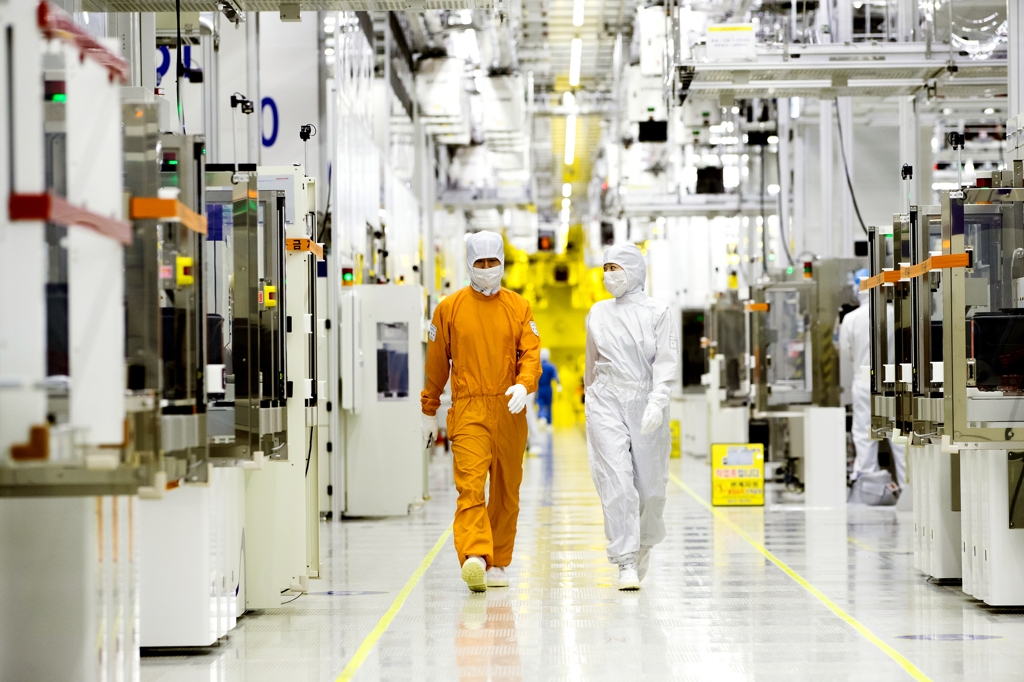 The nanometer measurement, which is a key metric in the semiconductor fabrication business, is an indicator of the space between transistors on a chip. The smaller the size, the more challenging and expensive the chips generally are to develop and deploy, leaving only a few companies available for clinching deals for advanced chips.

The company said it plans to start mass production of 6 nm process devices and to complete the development of the 4 nm process in the second half of this year.

The product design of Samsung's 5 nm FinFET process, which was developed in April, is expected to be completed in the second half of this year and to go under mass production in the first half of 2020, the firm said.

Samsung has been actively promoting its latest nanometer fab technology to catch up to Taiwan's TSMC, which holds an over 50 percent share of the global foundry market.

Samsung said it plans to hold foundry forums in four other nations, including China, South Korea, Japan and Germany through October to explore new business opportunities.