LS Cable became the first South Korean cable maker to have a production base in Europe after completing construction of its plant in Dzierzoniow in the southwestern region of Poland on Tuesday. The new plant will produce parts for electric vehicle batteries and optical cables for communication.

"The Polish plant will serve as the key base for advancing into Europe and transform the company into a total cable company by adding the power cable business," the company's CEO Myung Roe-hyun said.

LS Cable has been expanding its presence in Poland in recent years. In 2017, the company established a subsidiary for EV battery parts production and then set up an optical cable production subsidiary in February 2018.

With the completion of the Polish plant, LS Cable now has a total of 19 business operations, with nine of them based overseas. 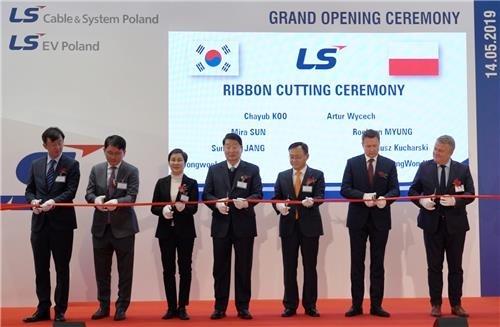