SEOUL, May 15 (Yonhap) -- Five-piece K-pop girl band EXID unveiled a new album, "WE," Wednesday, the band's final record before two of members terminate their contracts with the current talent agency at the end of this month.

"Me & You," a sentimental and charismatic breakup song in the moombahton genre, fronts the seven-track album, the last music record in the format of the five-member band for the foreseeable future.

Hani and Jeonghwa will leave Banana Culture Entertainment at the end of this month. EXID debuted with the company in 2012 and built a name with their hit song "Up & Down."

The remaining three members will renew their contracts with Banana, but work as solo acts afterward. But this does not mean the team will permanently disband. The five members are seeking ways to bring the team's full lineup together for joint works in the future, according to Banana. 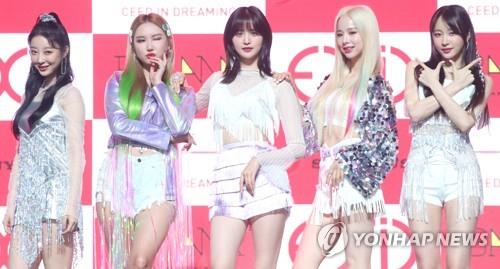 The EXID members carried the impression and experiences from their time together for the past seven years in "We Are...," a fan song that is the second track.

As if to mark the occasion, the latest album explored new elements the band's previous albums have not touched on.

"We tried to put out things that we have not tried before ... the choreography this time is the most powerful of our performances and newly encompasses group performances with military precision," member Jeonghwa said in a press showcase of the new album in Seoul.

"This album will go down as a very meaningful album for us. The entire process, from the preparations for the album till now, is very precious to us," Hani noted.

"It's our dream that we work together no matter where we belong. So we may run toward achieving the dream," member LE said, referring to Jeonghwa and Hani's departure from the agency.

"It will not be our last (EXID) album. We will try to come up with a piece of good news," she noted.

LE, a member and the band's producer, participated in the creating of all the seven tracks while all five members jointly wrote the fan song "We Are..."

The album also includes "How Are You" as the fourth track and "My Night" as the fifth track.

After the new album hits online music streaming sites at 6 p.m, the band will throw a comeback showcase for fans later in the day before appearing on TV shows to promote "Me & You."

Although this will be their last joint work before a new solution brings the five members back together as EXID, the band will continue to work as a team in Japan for a while, the members said, without elaborating. 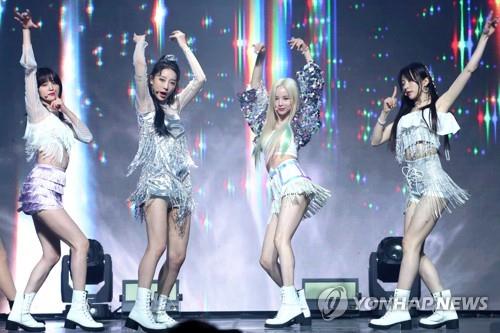