SEOUL, May 16 (Yonhap) -- Renault Samsung Motors Corp. and its labor union said Thursday they have reached a tentative agreement over wages and working conditions, possibly ending their drawn-out labor dispute that was feared to undermine the automaker.

The union said its members will vote on whether to accept the deal on Tuesday.

The company and the union began negotiations in June last year to sign a wage and collective agreement deal.

Renault Samsung workers staged 62 rounds of strikes from October through April 19, resulting in production losses of over 14,320 vehicles. And the company temporarily halted operations at its only plant in Busan, 450 kilometers south of Seoul, several times due to its low utilization rate.

Affected by strikes, Renault Samsung's sales fell 40 percent to 52,930 vehicles in the January-April period from 87,996 units in the same period of last year.

It is urgent for the company and the union to sign a wage and collective agreement deal in order to secure production volume for the SM3 and the XM3 for export to Europe, Renault Samsung Chief Executive Dominique Signora said last month.

"The company has agreed to hold consultations with the union at the union's request when it comes to relocation of workers and outsourcing of the manufacture of vehicles, union spokesman Nam Ki-tae said.

Renault Samsung offered about 12 million won (US$10,000) per worker in bonuses for their contribution to the carmaker's performance in 2018 instead of raising the basic salary, the company said in a statement. 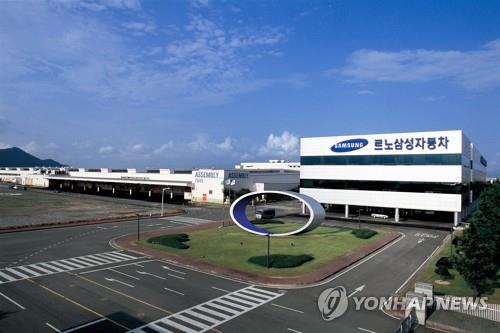