SEOUL, May 16 (Yonhap) -- The U.S. Forces Korea (USFK) has suggested to South Korea that the Combined Forces Command between the two countries relocate to Camp Humphreys in Pyeongtaek, south of Seoul, despite an earlier plan to keep it in Seoul, a government source said Thursday.

The CFC, currently headquartered at Seoul's Yongsan Garrison, has to move out of there as the sprawling base is slated to be returned to South Korea. Most U.S. troops stationed at the Yongsan base have already moved to Pyeongtaek.

South Korea has been pushing to keep the CFC in Seoul at the compound of South Korea's defense ministry. But USFK chief Gen. Robert Abrams, who also leads the CFC and U.N. Command, has recently raised the need to rethink the plan, the source said.

"The USFK appears to prefer the Pyeongtaek base to the defense ministry compound," the source said. Camp Humphreys is a sprawling U.S. military complex in Pyeongtaek, 70 kilometers south of Seoul.

The relocation of the combined command is in line with a broader scheme to move U.S. military bases in Seoul and north of the capital to Pyeongtaek.

In case CFC is relocated to the defense ministry compound, the CFC personnel shall work in four different existing buildings in the compound.

Along with chances of lower operational effectiveness, the U.S. cited financial costs of accommodating its service persons and their family members in Seoul, the source added.

"Discussions are underway on details, including the specific timeframe. Various options are on the table, as we need to reflect some changing circumstances," defense ministry spokesperson Choi Hyun-soo told a regular briefing.

Another defense ministry official said Seoul and Washington "have been consulting over the relocation issue (since last year) while prioritizing the strengthening of the combined defense posture, and no final decision has been made."

Abrams said the CFC's location will be decided through close discussions between the allies.

"At the appropriate future time, ROK and U.S. government leadership will announce an Alliance decision on the future CFC headquarters location, which will be in the best interests of the ROK-U.S. Alliance and strengthen CFC's ability to perform its missions," the commander said in a statement released by CFC. 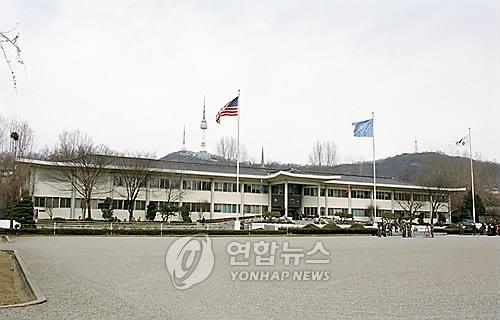