SEOUL, May 16 (Yonhap) -- Prosecutor-General Moon Moo-il on Thursday reiterated his criticism about bills on a reform of investigative power, saying that they fly in the face of democratic principles.

He also laid out measures to overhaul the elite law enforcement agency amid heightened tensions between the prosecution and the police over the adjustment of investigative power.

"The bills designated as fast-track proposals do not meet the democratic principles of the criminal justice system and there are concerns about the possibility that there could be a crack in the protection of basic rights," Moon told a press conference.

He was referring to the bills designed to enhance the police's right to conduct probes, which are among the key reform bills that a parliamentary panel placed on a fast-track in early May.

"Investigations are tools to uncover the truth, but at the same time, they are the only means to violate the people's basic rights in a legitimate way," Moon said.

"To improve the criminal justice system, top priority should be placed on honoring democratic principles," he added. 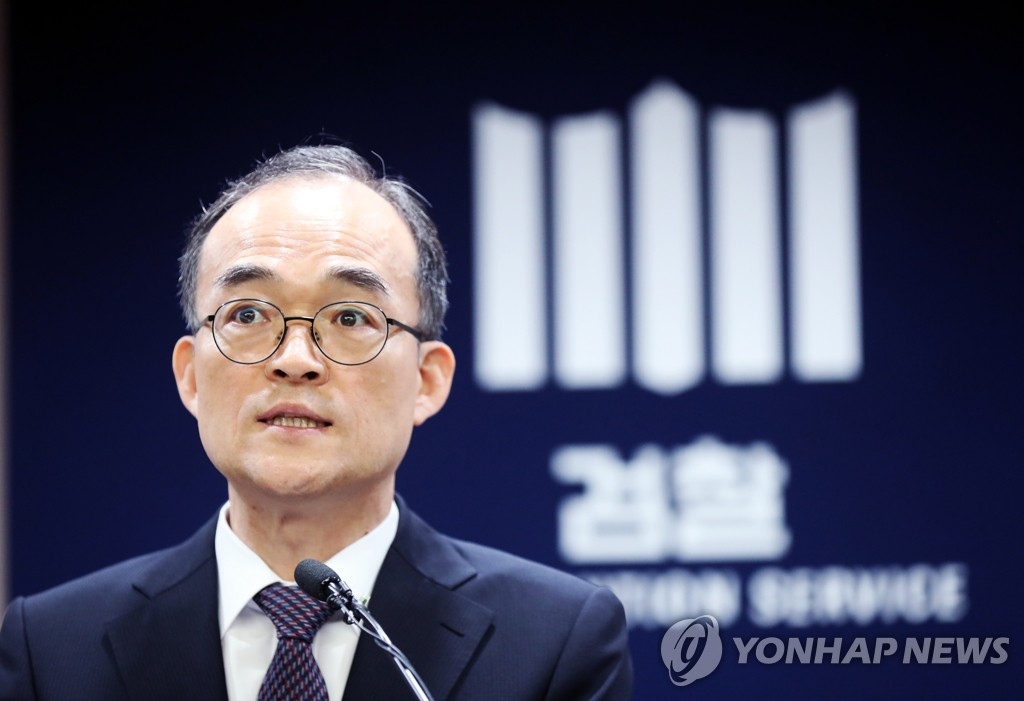 On May 1, Moon made a similar criticism about the parliamentary decision, claiming that the bills are inconsistent with the democratic values of checks and balances.

The bills on the investigative power allow the police to close cases without approval from the prosecution and call for scrapping the prosecution's command of police probes.

His remarks have re-ignited persistent tensions between the two organizations over the adjustment of the investigative power.

Prosecutors claim that the bills lack tools to keep in check what would be colossal authority held by the police.

Moon also acknowledged that the prosecution failed to stay neutral in probes of some politically-sensitive cases in the past. He pledged efforts to reform the agency.

"The prosecution has provided the cause for the ongoing controversy over the probe right reform. The prosecution will change its organization and function to meet the democratic principles," he said.

The prosecution will push for ways to decentralize the scope of its investigations, in such cases as drug probes. It will also expand measures to permit applications for reviews of cases that are closed by the prosecution.

Moon also raised the need to revise elements in a bill to set up a special unit to probe high-ranking officials, which was also put on the fast-track.

The probe agency, if established, will be able to file indictments against judges, prosecutors and high-ranking police officers, an institutional tool that can keep prosecutors in check.

"We do not oppose the establishment of the agency. But there could be concerns over an agency that is to have rights to indict and file for writs without any legal grounds," he added.
The police immediately denounced Moon's remarks, saying that checks and balances between the two agencies can be guaranteed by adjusting investigative power.

"The democratic principles that Moon has cherished include an attitude of giving in to conclusions that were made in accordance with procedural legitimacy," an official at the Korean National Police Agency said.