SEOUL, May 16 (Yonhap) -- Lowering of military tensions between South and North Korea is key to the North's economic development, and the implementation of last year's inter-Korean military pact is an important first step, former Defense Minister Song Young-moo said Thursday.

Song made the remark during a forum organized by the Korea Institute for Defense Analyses (KIDA), referring to the Comprehensive Military Agreement (CMA) that he signed with his North Korean counterpart, No Kwang-chol, on the sidelines of September's summit between President Moon Jae-in and North Korean leader Kim Jong-un.

"Leaders of the two Koreas recognize the necessity of economic development, and for that goal, the top priority should be the easing of inter-Korean military tensions," Song said during a keynote speech at the forum.

"The agreement calls for reciprocal, gradual, future-oriented approaches ... It will be the bedrock for the political, social, economic and cultural cooperation between the two Koreas," said Song, who served as defense minister between 2017 and 2018.

Song also said that North Korean officials "also fully recognize that now is high time for them to push for economic reform and opening up," and they "are seeking a path different from the past."

The two Koreas have taken steps to carry out the military agreement, such as dismantling some guard posts along their border. But tensions have risen again after Pyongyang carried out weapons tests, including short-range missiles earlier this month.

"The Korean people and the military have been very much traumatized by the 1950-53 Korean War and the subsequent military clashes. But now we need to get rid of such trauma and make history with confidence in a future-oriented manner," he stressed.

Song also said he believes North Korean leader Kim Jong-un is different from his predecessors in that while the former leaders upheld the ruling philosophy of "juche" or self-reliance, the current leader is "close to the ideology of liberal democracy."

He said that the North's military power tends to be overstated, even though the South has far greater military capabilities than the North, except that the communist nation has nuclear, chemical, biological and radiological weapons. 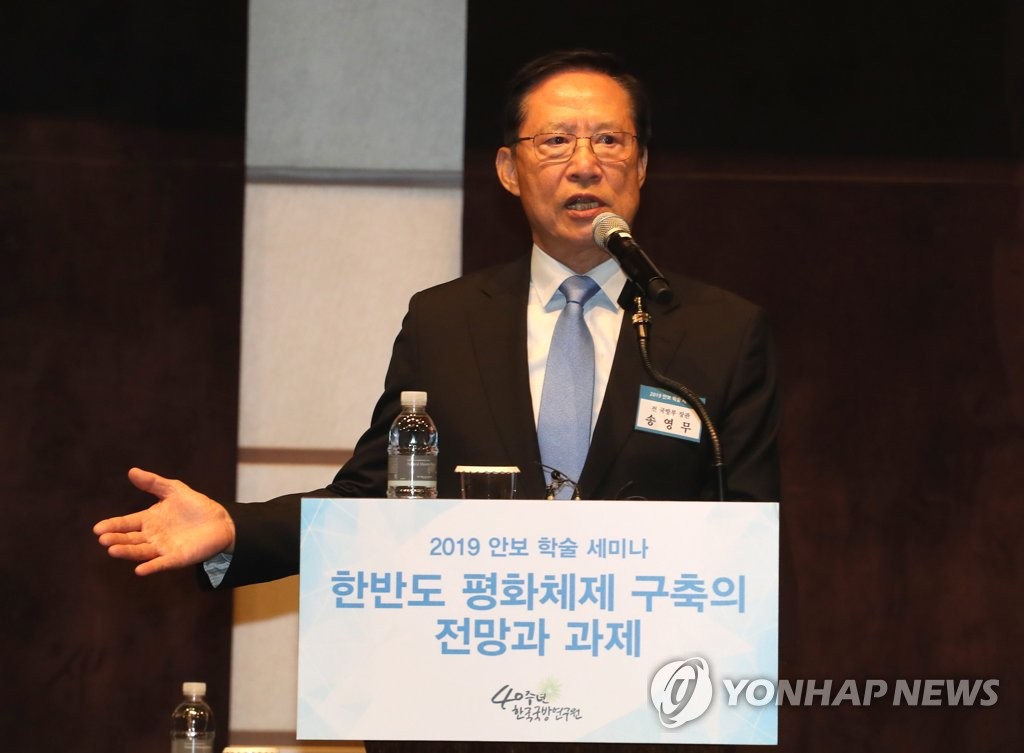