SEOUL, May 16 (Yonhap) -- Ban Ki-moon, head of a national panel on air pollution, called on Thursday for citizens' active cooperation in crafting creative solutions to fine dust pollution, as he plans to host public debates on the environmental scourge this year.

During a meeting with the local press, the former U.N. chief, who chairs the National Council on Climate and Air Quality, also renewed his commitment to strengthening regional and global cooperation in tackling the transnational issue.

"I believe when we piece together citizens' wisdom, we will be able to put forward creative, new solutions," Ban, who led the U.N. from 2007-2016, said during the meeting organized by the Korea Press Foundation.

"That is because addressing fine dust pollution is not just about identifying and addressing origins of the pollution, but also deeply related to a change in our way of life through a shift in our thinking," he added. 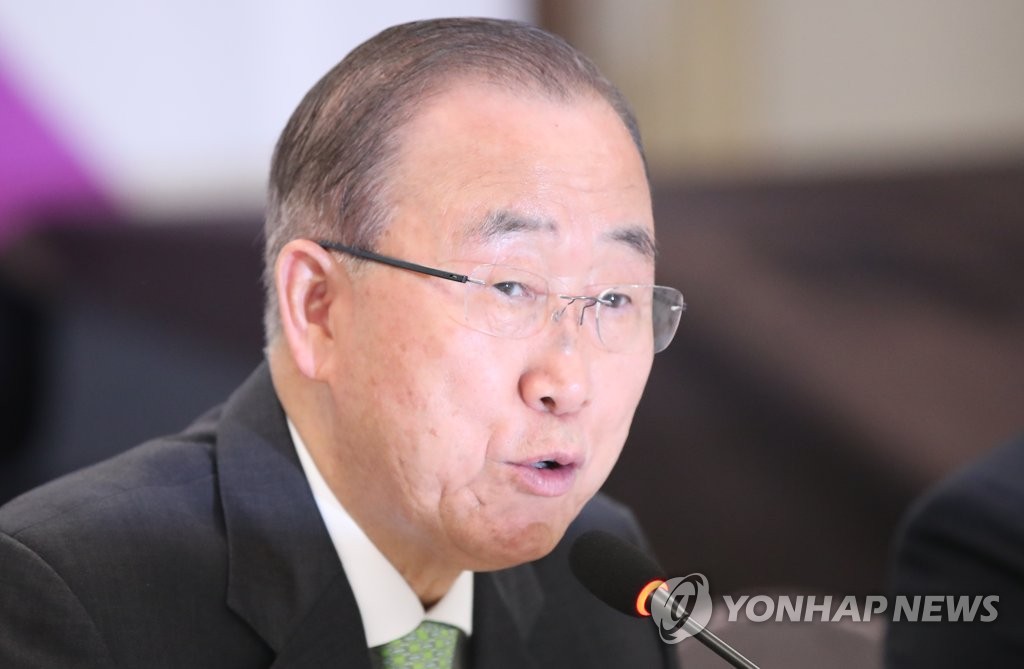 His council plans to form a group of 500 citizens this month, who will attend a debate next month to discuss how to tackle the fine dust challenge and improve air quality. Following the first debate, it seeks to have another in September.

"What we want to do does not just rest with the work of simply addressing the invisible fine dust. It is a prodigious undertaking that would fundamentally change our society," the chairman pointed out.

"It will no longer be effective for a class of what we call experts to gather together, formulate policies and press ahead with them ... People want policies that are understandable and acceptable to them," he added.

Ban also highlighted the need to look at the fine dust issue in a positive light, saying the process of tackling it could offer opportunities for the emergence of new jobs and technologies, and economic growth.

"Though we are wrestling with the fine dust pollution now, we should not miss out on this opportunity to become an advanced country in the environmental domain," he said,