SEOUL, May 16 (Yonhap) -- Unionized workers at Hyundai Heavy Industries Co. staged a partial strike on Thursday to protest a plan to split up the company as part of the merger process with a smaller local shipbuilder.

The unionized workers started their four-hour strike at the company's headquarters in Ulsan, some 400 kilometers southeast of Seoul. They plan to stage four-hour strikes until Tuesday before pushing ahead with an eight-hour strike on Wednesday.

In March, Hyundai Heavy Industries signed a deal, worth an estimated 2 trillion won (US$1.6 billion), with the state-run Korea Development Bank (KDB) to buy Daewoo Shipbuilding & Marine Engineering Co. The bank is the largest shareholder of Daewoo, with a controlling 55.7 percent stake in the company.

Under the deal, Hyundai Heavy plans to split into two entities, which the labor union claims will lead to massive job cuts.

Hyundai Heavy shareholders are set to approve the proposed split on May 31.

Hyundai Heavy said its production would not take a serious hit from the latest strike but that it may take legal action against the union if it turns out to be illegal. 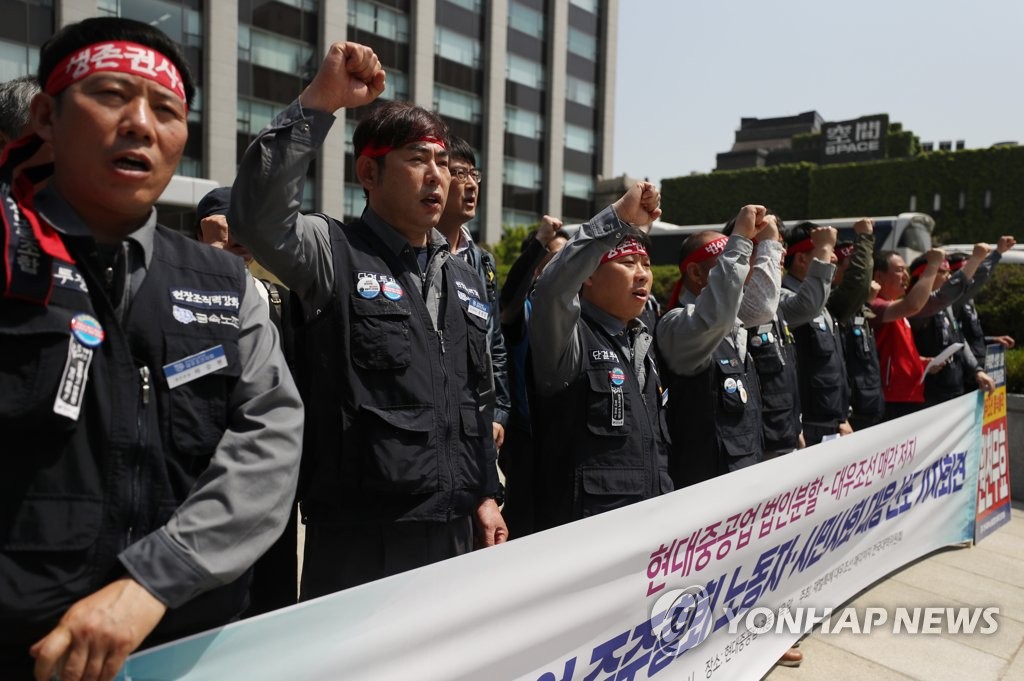