SEOUL, May 16 (Yonhap) -- Celltrion Inc. will invest 40 trillion won (US$33.7 billion) and create 110,000 jobs by 2030 as the South Korean biosimilar firm moves to take a leap forward as a global player, the company's chairman said Thursday.

The company's business roadmap centers on cooperating with local governments to make the western port city of Incheon, where Celltrion is headquartered, the leading industrial hub in an effort to seek mutual growth.

A further 10 trillion won will be invested in creating a health care platform business that involves artificial intelligence (AI) technology and a medical database.

Celltrion forecasts the investment will help create 2,000 jobs in research and development and 8,000 at its plants, as well as indirectly generating another 90,000 positions.

Seo said Celltrion's sales will reach 30 trillion won in annual sales as early as 2027 by directly handling its global sales through its subsidiary Celltrion Healthcare.

In 2018, Celltrion logged record-high sales of 982 billion won mainly due to increased revenues from its biosmilars -- Truxima and Herzuma -- in the European market through local distributors. 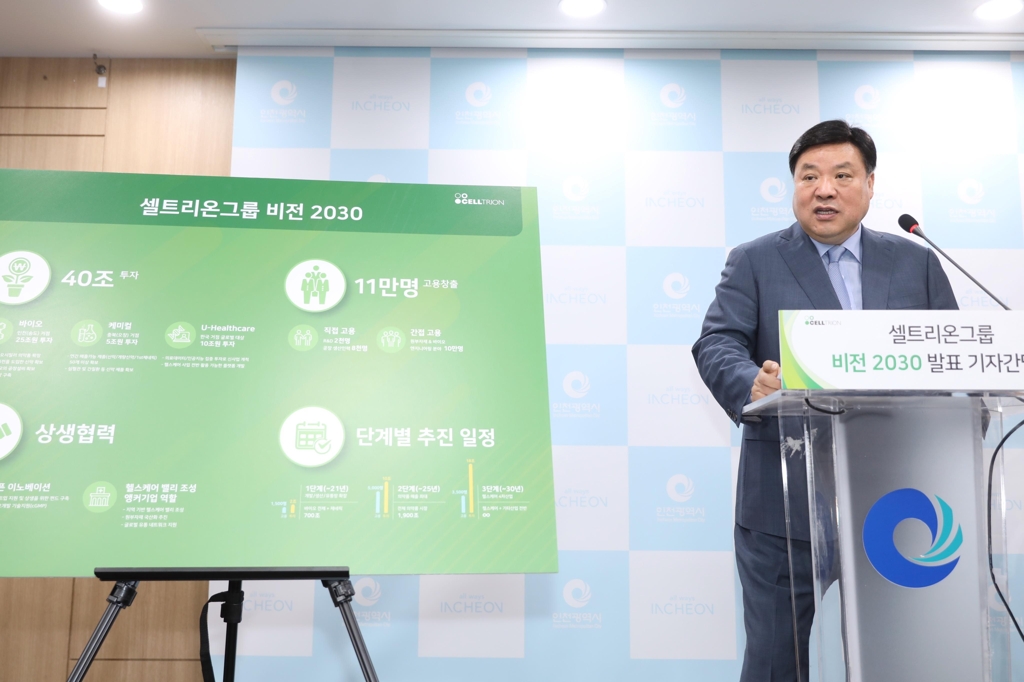