Bolton wrote on Twitter that he met with Singaporean Foreign Minister Vivian Balakrishnan in Washington to discuss the two countries' ties.

"Great meeting with Singapore FM Balakrishnan today to strengthen our robust cooperation and our strategic partnership," he said. "Singapore is our valued partner on pressing challenges, including the DPRK and Iran."

Singapore hosted the first summit between North Korean leader Kim Jong-un and U.S. President Donald Trump in June, where the two leaders agreed to pursue complete denuclearization of the Korean Peninsula in exchange for security guarantees for Pyongyang.

Progress has been slow since, with a second summit in February in Vietnam yielding no deal and tensions renewing this month over the North's launch of short-range missiles and the U.S. seizure of a North Korean cargo vessel. 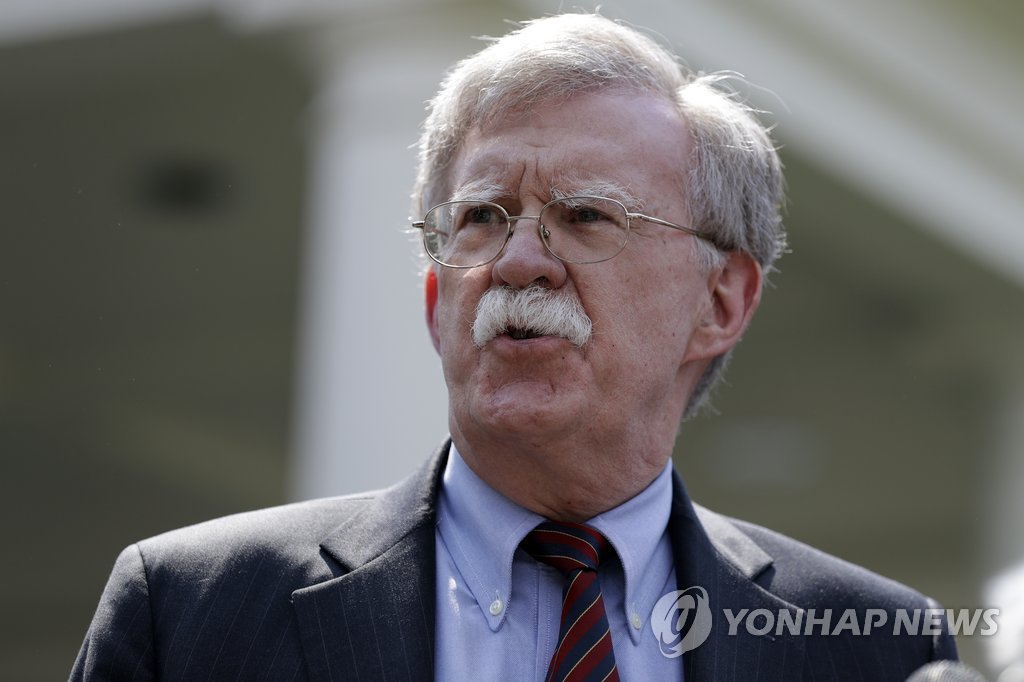