SEOUL, May 17 (Yonhap) -- KCC Corp., a major construction materials producer in South Korea, said Friday that the acquisition of U.S. silicone giant Momentive Performance Materials Inc. will be a stepping stone for the company to become a global player in the sector.

A consortium led by KCC has recently completed a US$3 billion deal to take over Momentive following approval from the Committee on Foreign Investment in the United States last month.

Under the deal, KCC will have a 45.5 percent stake in Momentive.

"We've successfully completed the third-largest deal for a South Korean company to acquire a foreign business," an official from KCC said. "We'll try to expand the market and will focus on developing new silicone products that can create high value."

Momentive is one of the three largest players in the global silicone market, along with U.S.-based Dow Silicones Corporation & Dupont and Germany's Wacker Chemie AG.

KCC had poor earnings in the first quarter, but industry observers said the takeover of Momentive will give the South Korean company new growth momentum by diversifying its business portfolio.

KCC's sales in the first quarter plunged 14.7 percent on-year to 781 billion won (US$655 million), while its operating profit halved to 22 billion won compared to a year ago due to a slump in the local construction industry.

Nearly 60 percent of KCC's operating profit came from its construction material business, but with Momentive under its wing, analysts said the silicon business is set to become the largest cash cow for KCC.

"With Momentive, KCC will be able to expand its silicone business, and it can reduce costs with increased buying power," Kim Ki-ryong, an analyst at Yuanta Securities, said in his report.

"KCC's silicone business was limited to construction and cosmetics, but now it can expand to other business areas such as electronics and automobiles." 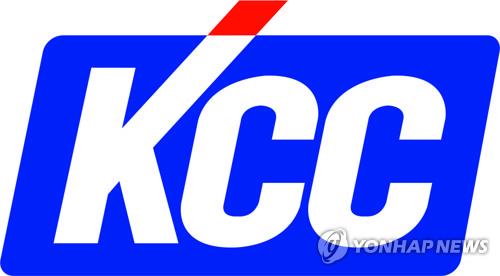