SEOUL, May 17 (Yonhap) -- A pro-North Korea newspaper highlighted the availability of foreign luxury goods at a recently remodeled department store in Pyongyang on Friday, saying the goods demonstrate the regime's efforts to provide people with top-notch material and cultural life despite international sanctions imposed on the country.

"It is a comprehensive and multi-functional service base that brilliantly reflects the country's policy to let people enjoy the best civilization at the best level despite persistent sanctions and blockade," the paper said in a report from the North Korean capital.

In photos released by the North's official Korean Central News Agency last month, a number of foreign brands -- such as Philips, Panasonic and Tissot -- were seen at the newly launched department store.

"One characteristic of Taesong Department Store is that it has a variety of items ranging from very cheap products to expensive, world-renowned luxury goods," the paper said.

North Korea is under multilayered sanctions due to its nuclear and missile programs, with the issue becoming a deal breaker in the Hanoi summit between North Korean leader Kim Jong-un and U.S. President Donald Trump in February.

After the collapse of the summit, Kim said the North would not continue to hold summits with the U.S. for the sake of easing sanctions. 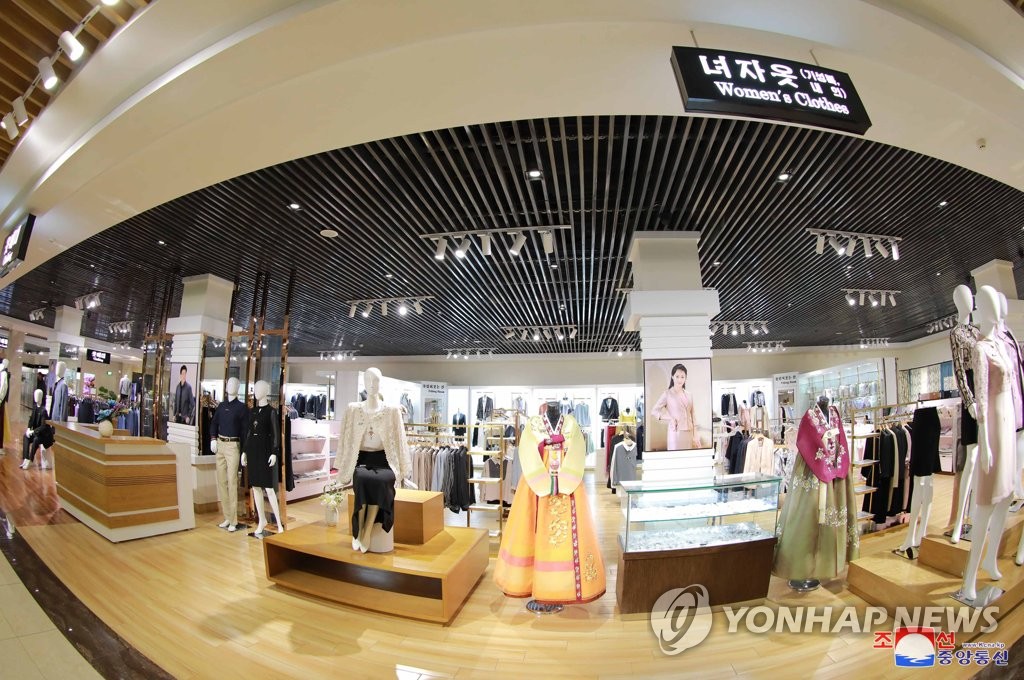