Founded in 1863, the company is one of the earliest chemical multinationals in the world, now running businesses in 62 countries with 27,000 employees. The group, which posted 10.3 billion euros (US$11.5 billion) in net sales last year, has more than 10 global units that operate like independent companies.

In 2011, Solvay decided to locate its Special Chem Global Business Unit (GBU) headquarters in Seoul, becoming the first foreign company to set up a global headquarters in the country.

Rodrigo Elizondo, who became president of Solvay's Special Chem GBU last year, said he believes the group's move would be remembered as a "good decision," considering what its South Korean customers have been doing in recent years.

"Only time will tell if it was our best choice, but I believe we really made a good decision," Elizondo said in a recent interview with Yonhap News Agency.

Solvay's Special Chem GBU, which runs 21 industrial sites and employs 2,400 people around the world, is known for its expertise in fluorine chemistry, rare earths and other materials used in electronics and automobile parts, including batteries.

When Solvay first decided to establish its Special Chem GBU in the country, the group considered its industrial presence in the country and South Korean companies "receptive" manner to cooperate with foreign firms, according to Elizondo.

"We went from selling to investing, then we went to the next level, which is to do researches from here," he said. "Now, we're in the highest-level engagement with the country, which is to make decisions and to be headquartered here." 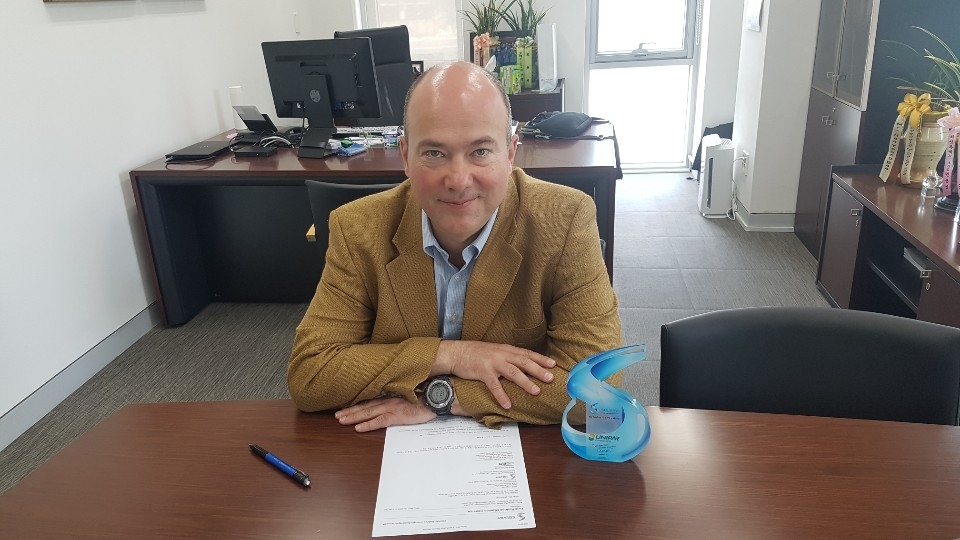 The executive said the scale of the group's investment totaling over US$1 billion in the past decades clearly shows how Solvay thinks about South Korea.

Solvay first did business with South Korean in 1975 and currently runs factories in many cities, including Ulsan and Gunsan, making specialty chemicals and high-tech materials used in electronics and automobile parts, such as silica and fluoride. Solvay posted sales of 279 million euros last year in South Korea, where it employees some 300 people.

"We had basic infrastructures there, and we had a core of people that we can build on," the corporate chief said. "All in all, Korea had the best criteria and on the top of that, the country has a great infrastructure, such as good Internet connections."

According to Elizondo, who has been working more than 26 years with Solvay, South Korean companies these days are helping the firm drive its business further.

"Today, Korean companies are setting the standards in many industries," said Elizondo, who has been living in South Korea since 2010. "Koreans are very aggressive in expansion and implementing new technologies."

"If you're not here, it's impossible to meet the speed," he said. "If the expectation of the customers is to have very quick iterations instead of having big homework, go home and come back, then you have to be here."

Solvay's high-profile presence here is expected to further gain traction as the South Korean government is asking it to invest more here.

In March, Seoul requested Solvay to consider starting a new project in the country, hoping it can create jobs and strengthen its material business.

Elizondo, a Mexican native, said Solvay Group is still in the evaluation phase but acknowledged that South Korea has to compete with other countries to be on the shortlist.

"We're considering launching a project, which is high-tech and high-risk," he said. "Location, skilled workforce and incentives are important criteria. It's an investment that we want to do for the future."