SEOUL, May 17 (Yonhap) -- South Korea decided Friday to donate US$8 million to international agencies for aid projects in North Korea and allow a group of businesspeople to visit a shuttered joint industrial complex in the communist nation.

The decisions came as Seoul has been trying to keep the peace process with the North alive despite the North's firing of missiles and projectiles earlier this month. Seoul is also formulating plans to send food aid to the impoverished North.

"The government decided to approve the businesspeople's trip to North Korea as part of efforts to protect their property rights," the unification ministry said in a press release. "We will make necessary efforts to make their trip to the Kaesong industrial complex go smoothly without any problem."

"We also plan to provide $8 million through international agencies such as the WFP and UNICEF for projects to support the nutrition of children and pregnant women and their health," it added, referring to the World Food Programme and the United Nations Children's Fund.

On April 30, 193 businesspeople who used to operate plants in the North's border town of Kaesong asked for approval of their travel plans in their ninth attempt to visit the complex to check the condition of the equipment they left behind when it was closed.

Their previous requests were rejected as the government apparently worried that it could signal that the two Koreas are preparing to reopen the industrial park despite Washington's push to keep crushing sanctions in place against North Korea amid little progress in denuclearization talks. 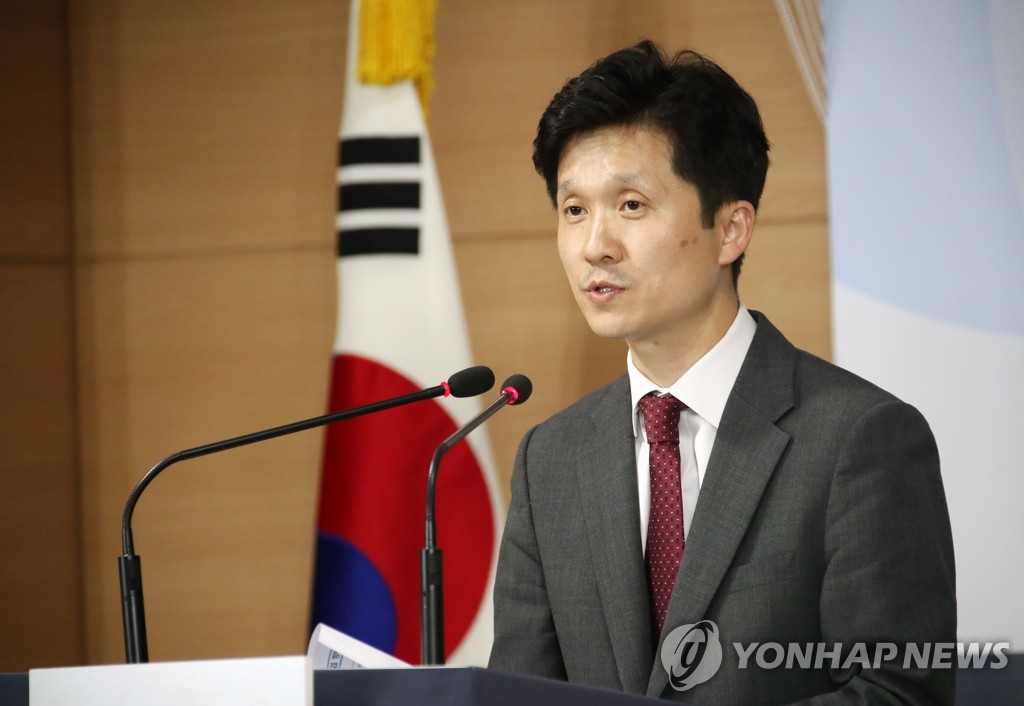 "We have shared with the United States details of the nature and purpose of their trip, which is to check their property, and I can say that the U.S. side sufficiently understands our stance," Lee Sang-min, spokesperson of the unification ministry, told reporters in a press briefing.

Lee added that the government will seek necessary consultations with North Korea to coordinate the visit.

Launched in 2004, the industrial park in Kaesong was born on the back of a peace mood created after the first-ever inter-Korean summit between South Korean President Kim Dae-jung and North Korean leader Kim Jong-il in 2000.

Its operation, however, came to an abrupt halt when the Seoul government announced in February 2016 that it would shut it down to punish the North for its nuclear and missile provocations. About 120 companies were operating there when the closure was announced.

In September, South Korean President Moon Jae-in and North Korean leader Kim Jong-un agreed in their summit to reopen the Kaesong complex as soon as relevant conditions are met.

The decision to contribute $8 million to intentional agencies came almost two years after a previous plan to provide the same amount of money was not carried out against a background of limited progress in denuclearization talks.

On the issue of providing food assistance to the North, the ministry noted that it will continue to collect public opinions on the matter before drawing up detailed plans.

The WFP and the Food and Agriculture Organization recently reported, based on their visit to North Korea, that the country's crop output last year hit the lowest level since 2008, adding that an estimated 10 million people, or about 40 percent of its population, are in urgent need of food.