SEOUL, May 18 (Yonhap) -- South Korea is analyzing whether the country was granted an auto tariff relief from Washington or not, as its decision to delay the steep tariffs did not clearly mention it, Seoul's senior official said Saturday.

On Friday (U.S. time), U.S. President Donald Trump said he will put off the decision to impose tariffs of up to 25 percent on imported autos and parts by up to six months as negotiations get under way with Japan and the European Union.

Washington earlier vowed to review levying duties on imported autos based on Section 232 of the Trade Expansion Act on national security grounds, which was planned to be decided by Saturday.

The White House said in a statement released Friday that it will delay making the decision by up to six months, and unfair trade barriers from the European Union, Japan and "other countries" are hurting the U.S. industry.

In another context, however, the statement said the free trade pact between South Korea and the United States was revised to better benefit its car industry.

"We are only certain that the U.S. is planning to delay the implementation of the new auto tariff for six months, and that South Korea is not clearly stated as a country that can be exempted from it," said Deputy Trade Minister Kim Yong-rae.

"Some overseas media are reporting that South Korea, Mexico and Canada are virtually excluded from the targeted countries, but this is not clear," Kim said. "We will contact Washington to find out more information on the decision."

Seoul has been claiming its automakers do not hurt rivals in the world's top economy, and that it has lowered barriers for U.S. automobiles under the revised free trade deal that was implemented this year.

At the request of Washington, the two countries began last year to negotiate ways to revise the original deal, known as the KORUS FTA that went into effect in 2012.

Under the new deal, Washington was able to extend a tariff of 25 percent on Korean pickup trucks by another 20 years to 2041. South Korea also doubled the 25,000-vehicle unit threshold for U.S. car imports that do not have to comply with domestic industry regulations.

After U.S. manufacturers complained that the environmental regulations act as a non-tariff barrier for their cars, Seoul decided to ease vehicle emission standards to cars shipped in the 2021-2025 period as well.

Before the revision, Trump had slammed the trade pact a "terrible" deal that was supposed to create 250,000 jobs for the U.S. but ended up giving those jobs to South Korea.

South Korea shipped 811,123 cars to the U.S. in 2018, accounting for 33 percent of South Korea's total overseas exports of 2.44 million cars, according to South Korean government data. 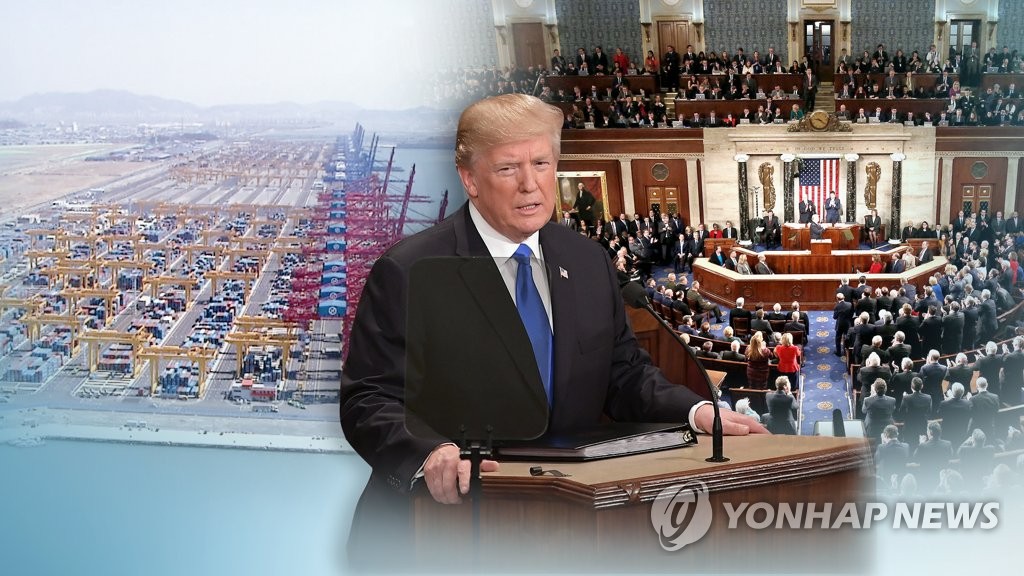