YEONGJONGDO, South Korea, May 18 (Yonhap) -- A South Korean man, who was abducted in Libya last July and released this week, expressed his gratitude to the government for the rescue efforts upon his arrival here Saturday.

The 62-year-old, identified only by his surname Joo, was taken hostage, along with three Filipinos, by a group of 10 armed militants on July 6 while working at a desalination plant in western Libya. He was released Thursday after 315 days of captivity.

"President (Moon Jae-in) and staff from the foreign ministry, as well as embassy staff in Abu Dhabi, have taken great pains to rescue me over the period of 315 days," Joo told a throng of reporters at Incheon International Airport, west of Seoul. 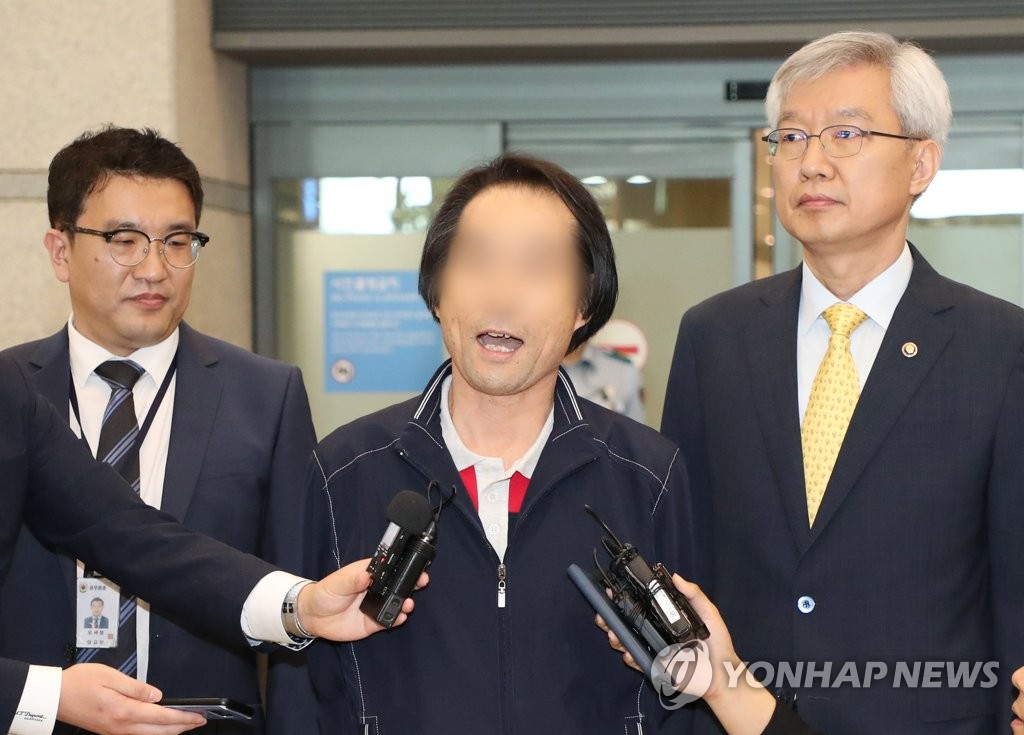 Joo also extended his appreciation to the United Arab Emirates, which Seoul's presidential office Cheong Wa Dae said played a crucial role in the process of rescuing him from the militant group.

Looking tired, he called the days of captivity "nightmare-like."

"I also thank my God very much ... who had been with me during the nightmare-like 315 days," he said. "All thanks to you, I am in good shape, though I have lost some 10 kilograms."

Asked about the toughest challenge he faced during captivity, Joo said he had missed his family and had difficulty with food.

He also left a message to four South Koreans who have rejected the government's calls to leave Libya, citing livelihood concerns. "I think it would be better (for you) to get out (of the country)," he said.

Joo is known to have worked in Libya for decades, a reason why he could not easily leave the country despite travel restrictions that Seoul imposed in 2014.

A foreign ministry official said Joo is unlikely to face any punitive measure for having stayed in Libya despite the restrictions.

After he was held hostage last year, Seoul took stronger measures for travelers to Libya, including revoking their passports. But applying such measures to Joo is "inappropriate" as they were put in place after he was abducted, the official said.