SEOUL, May 19 (Yonhap) -- SMEs Minister Park Young-sun on Sunday expressed hope that the government's recent decision to allow a group of businesspeople to visit a shuttered joint industrial complex in the North will eventually lend hands in normalizing related firms.

The industrial zone was built in 2004 amid the peace mood created after the first-ever inter-Korean summit between South Korean President Kim Dae-jung and North Korean leader Kim Jong-il in 2000.

Its operation, however, came to an abrupt halt when the Seoul government announced in February 2016 that it would shut it down to punish the North for its nuclear and missile provocations.

The business owners have been requesting the government to grant them permission to check the conditions of the equipment they left behind when it was closed. About 120 companies were operating there when the closure was announced.

Park said the government will continue to make efforts to solve issues after carrying out research on related businesses.

"We have been trying to solve the issue through insurances, but that did not make much progress," Park said. "It seems the ministry will become busier." 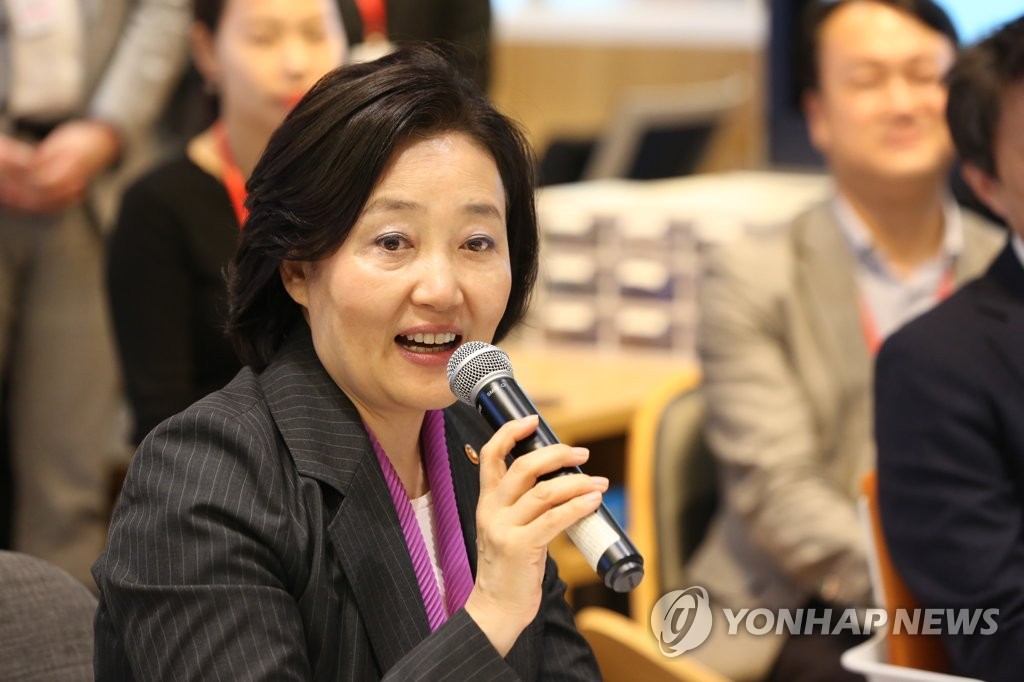