The benchmark Korea Composite Stock Price Index (KOSPI) closed at 2,055.80 on Friday, down 7.09 percent from May 3, the last trading session before Trump said on social media that Washington will raise tariffs on US$200 billion worth of Chinese goods to 25 percent from the previous 10 percent.

The new decision went into effect May 10.

Over the period, technology firms were the biggest losers by nose-diving 10.25 percent, followed by carmakers and insurance firms, which dropped 9.63 percent and 8.94 percent, respectively.

Other major losers included manufacturers, machinery firms and pharmaceuticals, the market data showed. Mobile carriers were among the few winners, rising 2.13 percent over the cited period.

Analysts said the decrease came as investors expressed concerns over the deepening tension between the United States and China, which are the top two trading partners for Asia's fourth-largest economy.

Some analysts, however, believe the trade row only will have a limited impact on the South Korean economy in the long run.

"Due to the weakening Korean won, it is also possible for South Korea's exports to China to gain ground," Park Jung-woo, a researcher at Korea Investment & Securities Co., said.

Amid the trade row, the Korean won also has been losing ground against the greenback as investors continue to seek safer assets. 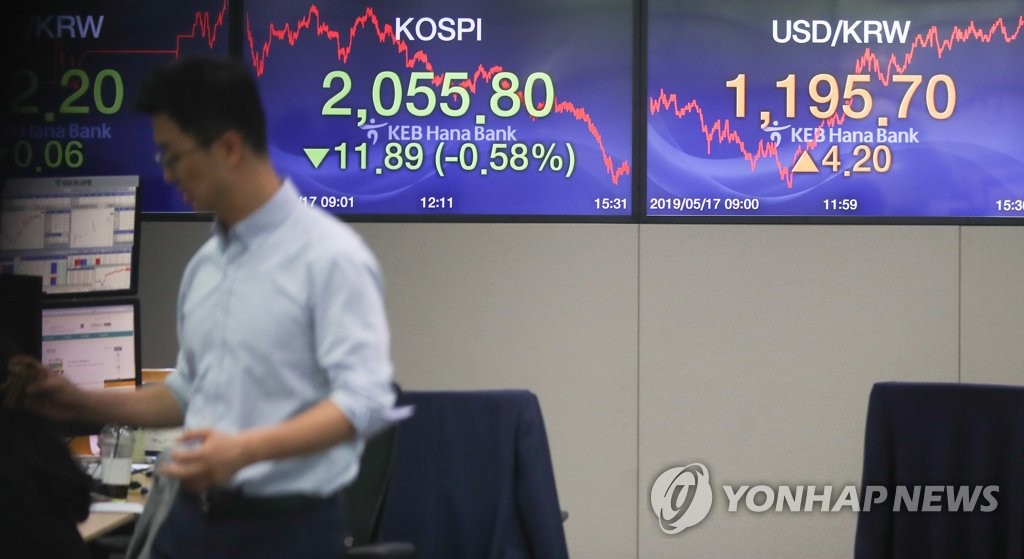