SEOUL, May 19 (Yonhap)-- The presidential office said Sunday that its efforts to create jobs have begun to bear fruit, citing some recent data.

"Given various statistics, the employment situation is improving, compared with that of last year. It is (still) difficult but hopeful," Jung Tae-ho, senior secretary to President Moon Jae-in for job creation, told reporters.

"It's an epochal change in comparison with last year," he stressed. 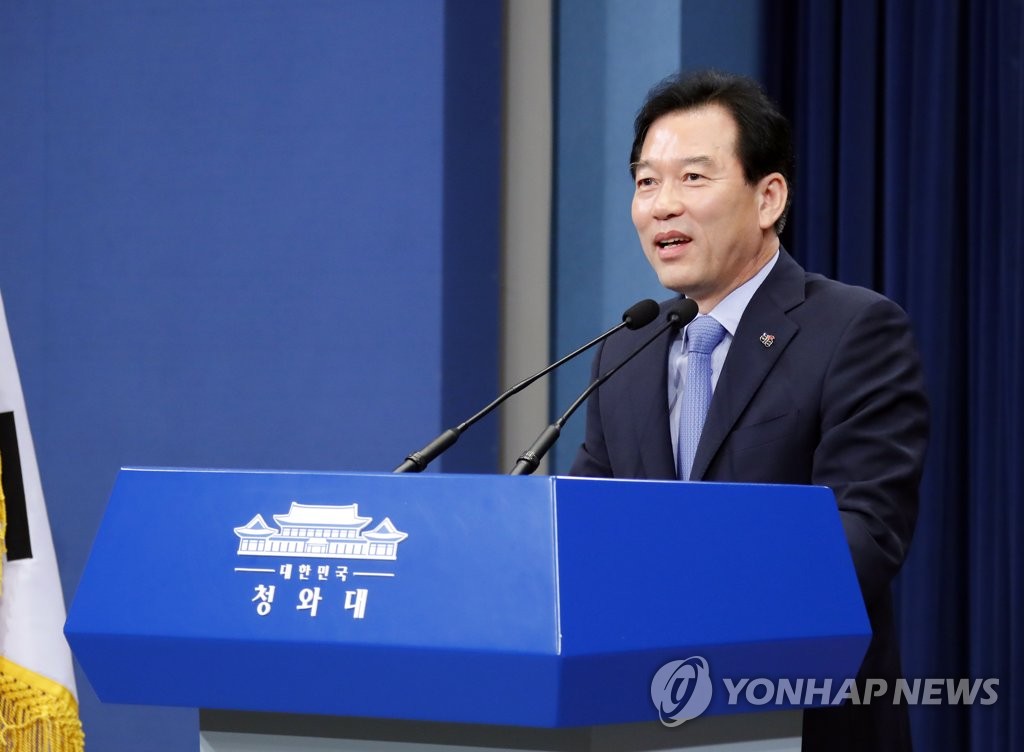 In fact, the number of employed people totaled 26.8 million in March, an increase of 250,000 from the same month in 2018, according to Statistics Korea.

The positive indications were led by the new technology and social service fields, especially the ICT sector, Jung said.

"I think it's a result of the government's fourth industrial revolution policy," he said.

He added the employment rate is bouncing back as well.

A problem, however, is the continued decrease in the number of those getting jobs at self-employed businesses and manufacturing sectors.

"(We) will take such a point into account in the government's key policy direction going forward," he said.