SEOUL, May 20 (Yonhap) -- How North Korea reacts to Seoul's decisions to provide humanitarian aid and allow business people to visit a joint industrial complex in the communist nation is expected to set the tone for inter-Korean relations going forward.

Experts say that a positive reaction could help move the stalemated inter-Korean relations forward and possibly lend a much-needed stimulus for the denuclearization talks between Washington and Pyongyang that have been stalled since the breakdown of their summit in February.

On Friday, the South Korean government announced a decision to permit a request by 193 businesspeople to travel to the industrial park in the North's border town of Kaesong to check their factories left behind when the complex was abruptly shut down in 2016 amid strained inter-Korean ties.

The approval came after their eight previous attempts to visit Kaesong fell through in the face of worries that a visit could signal that the two Koreas are preparing to reopen the industrial park despite Washington's push to keep sanctions in place against North Korea amid little progress in denuclearization talks.

The unification ministry handling inter-Korean affairs earlier said that it has secured necessary U.S. understanding in approving their trip. It added that it will also hold discussions with North Korea to coordinate relevant issues on their trip but did not say if and how North Korea has responded to the decision.

Experts say that if North Korea approves the South Korean businesspeople's trip to Kaesong, it could send a positive signal in inter-Korean relations.

"The stance that North Korea has shown so far is that it would not come out for talks any time soon," said Choi Yong-hwan, a senior researcher at the Institute for National Security Strategy, a think tank affiliated with South Korea's spy agency, the National Intelligence Service.

"If North Korea OKs their trip, which was approved in coordination between South Korea and the U.S., it could signal a change in its stance," he added. 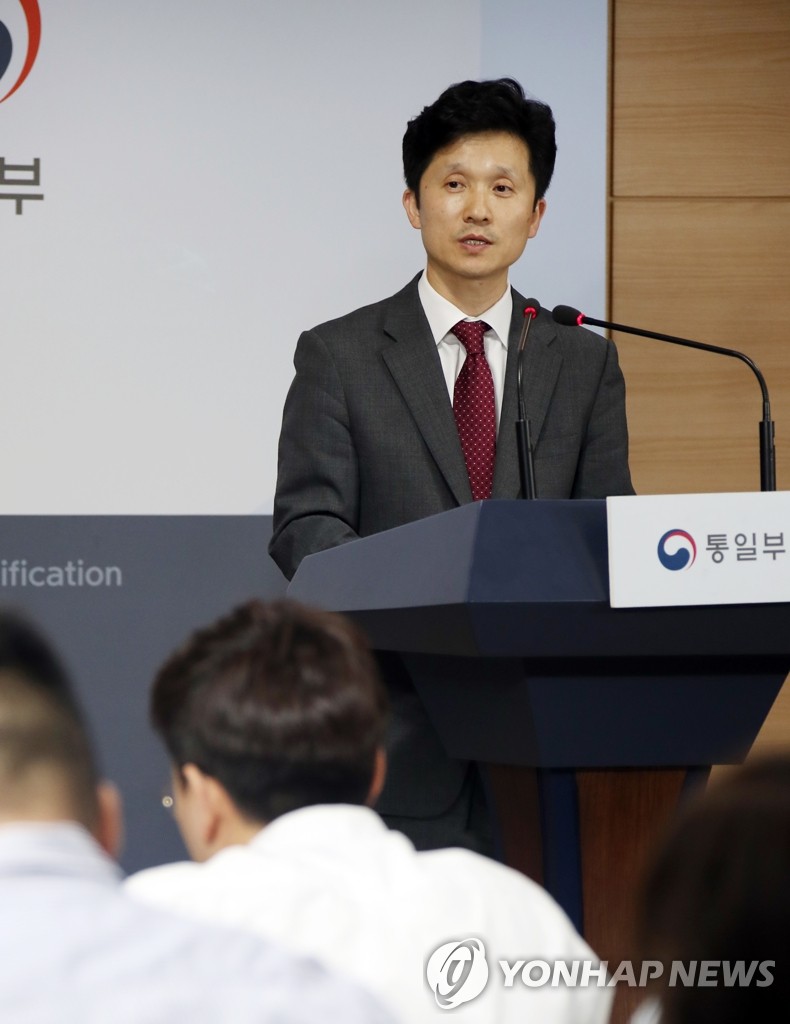 Launched in 2004, the Kaesong industrial park was born on the back of a peace mood created after the first-ever inter-Korean summit between South Korean President Kim Dae-jung and North Korean leader Kim Jong-il in 2000.

Its operation came to an abrupt halt when the Seoul government announced in February 2016 that it would shut it down to punish the North for its nuclear and missile provocations.

The North has urged South Korea to stop heeding how Washington thinks and open major suspended cross-border projects, including the Kaesong park.

Along with Friday's decision on the businesspeople's trip, the government also announced a plan to donate US$8 million to international agencies, including the World Food Programme (WFP), to help address the malnutrition and health problems of pregnant women and children in North Korea.

This is in line with the Seoul government's ongoing efforts to draw up plans to provide assistance to the North, where citizens are reportedly suffering from aggravating food shortages, despite the North's recent missile firings.

The WFP and the Food and Agriculture Organization recently reported that the country's crop output last year hit the lowest level since 2008, adding that an estimated 10 million people, or about 40 percent of its population, are in urgent need of food.

It remains to be seen whether North Korea will respond to South Korea's recent reconciliatory moves.

Pyongyang has been lukewarm toward cross-border cooperation since the February summit between North Korean leader Kim Jong-un and U.S. President Donald Trump ended without a deal. The scope of sanctions relief on North Korea was cited as a major reason for the breakdown.

Pyongyang has not responded to Seoul's offers to hold another inter-Korean summit and arrange video reunions of families separated by the 1950-53 Korean War.

Nor did it send a delegation to an event held in South Korea last month at the truce village of Panmunjom to celebrate the first anniversary of a summit between President Moon Jae-in and North Korean leader Kim.

In an apparent show of frustration with the stalled denuclearization talks, the North fired short-range missiles twice earlier this month. Seoul and Washington, however, have steered clear of calling the launches provocations, apparently trying to stick to diplomacy in resolving the North's nuclear issue.

North Korea has yet to provide a clear reaction to Seoul's move to provide food assistance but a propaganda media outlet recently accused Seoul of talking about "humanitarian" projects while putting off implementation of summit deals between the two sides.

Experts do not place much emphasis on what appears to be a negative response, saying that North Korea would accept food assistance sooner or later.

"North Korea has always responded negatively to any assistance from South Korea. (The propaganda media outlet's report) should not be accepted as it is," Lim Eul-chul, a professor at the Institute for Far East Studies at Kyungnam University, said.

"What is important is that at a time when there seems to be no immediate breakthrough in inter-Korean relations, if North Korea accepts South Korean businesspeople's trip and food assistance, it could provide a chance to start substantive talks between the two Koreas again," he added.