SEOUL, May 20 (Yonhap) -- South Korea is in talks with North Korea about its recent decision to allow businesspeople to visit a shuttered joint industrial complex in the North's border town of Kaesong, the unification minister said Monday.

On Friday, South Korea gave the green light to the businesspeople, who operated factories in Kaesong, to visit the park to check the condition of the equipment they left behind when the complex was abruptly shut down in February 2016.

"Discussions are under way," Unification Minister Kim Yeon-chul said when asked if the South has sounded out the North about the decision to allow businessmen to travel across the border. He declined to comment further, such as on exactly when and how the discussions are taking place.

Kim spoke to Yonhap News Agency after a meeting with Archbishop Hyginus Kim Hee-joong to discuss Seoul's plans to send food aid to the impoverished North.

Earlier in the day, Lee Sang-min, spokesperson of the ministry, also said the government has had discussions with the North regarding the issue and will continue to do so, though he did not give further details.

"We've had discussions with the North because this is an issue that businesses have long called for," Lee said at a regular press briefing. "We will continue discussions about specific schedules and the parts that require government assistance."

If realized, the envisioned trip will be the business leaders' first visit to the complex since the shutdown, which was decided by the Park Geun-hye administration in retaliation for the North's nuclear and missiles provocations.

Seoul said the decision to approve the visit was made to protect the businesspeople's property rights. Their previous attempts to visit the complex were denied as the government apparently worried a visit could signal that the two Koreas are preparing to reopen the industrial park despite Washington's push to keep sanctions on Pyongyang in place amid little progress in denuclearization talks.

"The government's basic stance is that resumption of the Kaesong complex is necessary as it is an important means for improvement of inter-Korean relations and peace on the Korean Peninsula," Lee said. "We will continue to make the necessary efforts to create the right conditions (for its resumption) under mutual cooperation."

Regarding the government's plan to donate US$8 million to international agencies for aid projects in North Korea, Lee said the government will take steps to make sure the funds can be provided soon. 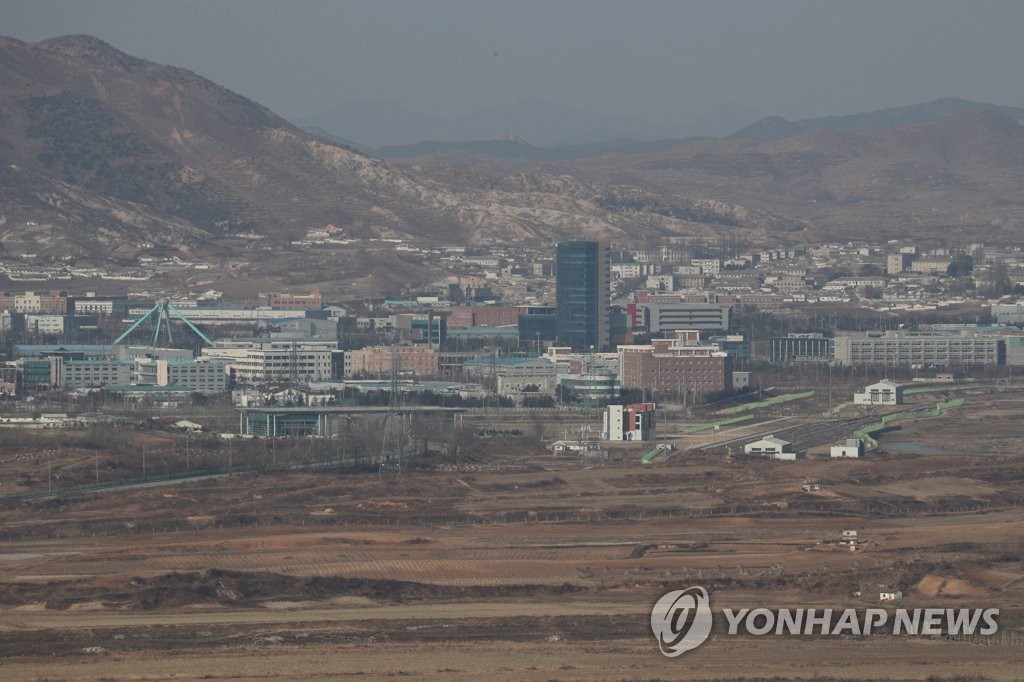