Among 65 hitters with at least 30 hits, Park has the fastest average exit velocity on hits at 152.7 kilometers per hour (kph), or 94.9 miles per hour, according to Sports 2i, the official statistics provider for the KBO. Oh Jae-il of the Doosan Bears was second at 150.9 kph. 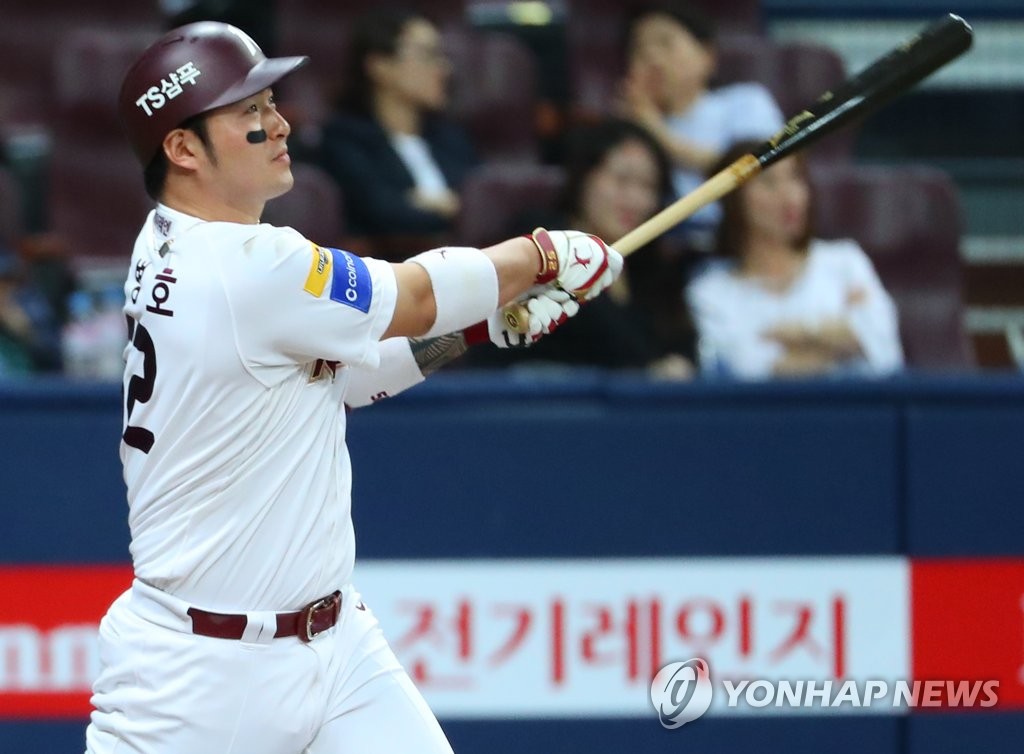 Park is leading the KBO with 11 home runs. Park, a four-time league home run king, is second in both on-base percentage (.439) and slugging percentage (.585).

Park is also tops in average exit velocity on balls in play, excluding bunts, at 140.1 kph. Sports 2i said Park has posted an exit velocity of at least 150 kph on 43.8 percent of his batted balls, the highest rate in the KBO.

Jared Hoying of the Hanwha Eagles is the leader in that category. His single against Tyler Wilson of the LG Twins on April 4 was measured at 178.9 kph off the bat.