SEOUL, May 20 (Yonhap) -- South Korean President Moon Jae-in met Monday with Denmark's Crown Prince Frederik and his wife, Crown Princess Mary, as they were on a visit to Seoul to mark the 60th anniversary of the two sides forging diplomatic ties.

The Danish couple are leading a delegation with the aim of promoting bilateral economic and cultural exchanges, especially on the occasion of the "2019 Korea-Denmark Cultural Year."

"I hope the hearts of the two nations' people will get closer" through the cultural year program, Moon told them. 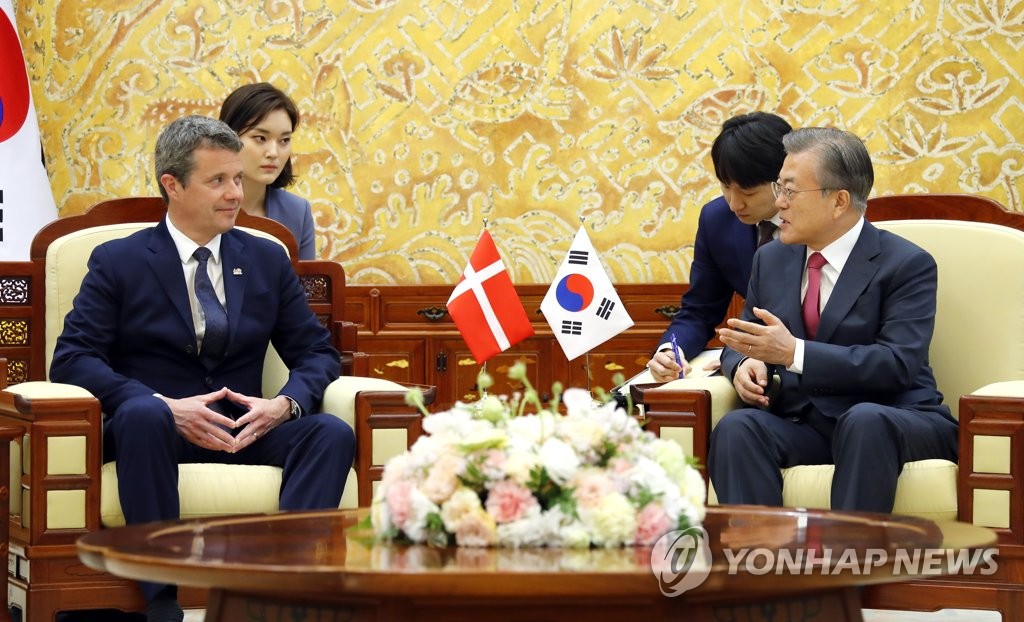 The president noted that he's meeting with the crown prince for the first time in seven months. They encountered each other last October, when Moon visited Copenhagen for the first summit of the Partnering for Green Growth and the Global Goals 2030, widely called P4G.

He added that the Danish delegation includes representatives from more than 45 companies in the health care, food and drink, lifestyle, design and sustainable development fields.

Frederik said he and his wife will also visit the Demilitarized Zone (DMZ) on the border with North Korea, an opportunity to learn about the security conditions on the peninsula.