In a radio interview, Kim Sang-jo, head of the Fair Trade Commission, said that Lee should show how to improve corporate governance of Samsung Group in a responsible manner.

The comments came four days after prosecutors raided a task force office of Samsung Electronics as part of an investigation into allegations that Samsung Group may have orchestrated an accounting fraud at its biopharmaceutical unit, Samsung BioLogics.

Samsung BioLogics is alleged to have intentionally violated accounting rules to inflate the value of its subsidiary, Samsung Bioepis, ahead of BioLogics' 2016 initial public offering.

The then-loss making Samsung BioLogics reported sudden profits in 2015 after it changed the method used to calculate the valuation of its stake in Samsung Bioepis, a joint venture with U.S.-based Biogen Inc.

Civic groups claimed the alleged fraud was aimed at enhancing Lee's control of Samsung Group. Lee's father, Lee Kun-hee, suffered a heart attack in 2014 and has since been hospitalized.

Samsung BioLogics has claimed that the change of accounting methods was in line with international accounting standards. 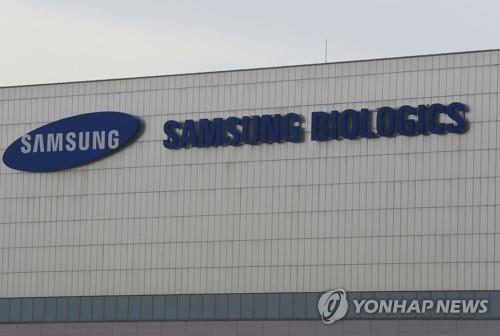