SEOUL, May 20 (Yonhap) -- A South Korean two-star general has published a book about the United Nations Command (UNC), which oversees the armistice between the two Koreas, including some reports submitted to the U.N. Security Council by a former UNC commander.

In his book titled "The Korean Peninsula, Armistice to Peace," Maj. Gen. Shin Sang-bum, who serves as a senior member of the UNC Military Armistice Commission, released parts of reports that former UNC commander Gen. Vincent Brooks drew up and presented to the Security Council.

The reports elaborate on key inter-Korean developments and issues between 2016 and 2018, including major violations of the inter-Korean armistice agreement by the two Koreas and their peace efforts.

Among the major issues mentioned were a North Korean drone's brief infiltration of the inter-Korean border in January 2016; a North Korean soldier's defection to the South through the Demilitarized Zone (DMZ) in December 2017; and the removal of loudspeakers blaring cross-border propaganda messages inside the DMZ in 2018.

"The year 2018 marked the beginning of peace and prosperity of the Korean Peninsula. To bear tangible fruit, preparations are required ... based on the full understanding of the security situation," the major general said in the preface.

In September last year on the sidelines of the third inter-Korean summit in Pyongyang, the two Koreas signed the Comprehensive Military Agreement, which calls for a series of military tension-reducing measures between the two Koreas.

Established in 1950 under a U.N. mandate in response to North Korea's military provocations, the U.S.-led UNC has played a role as the enforcer of the armistice agreement that halted the 1950-53 Korean War. It is currently led by Gen. Robert Abrams, who took office in November last year to replace Brooks.

In accordance with a 1950 Security Council resolution, a UNC commander is supposed write reports on its missions and regional issues on a regular basis and present them to the council. 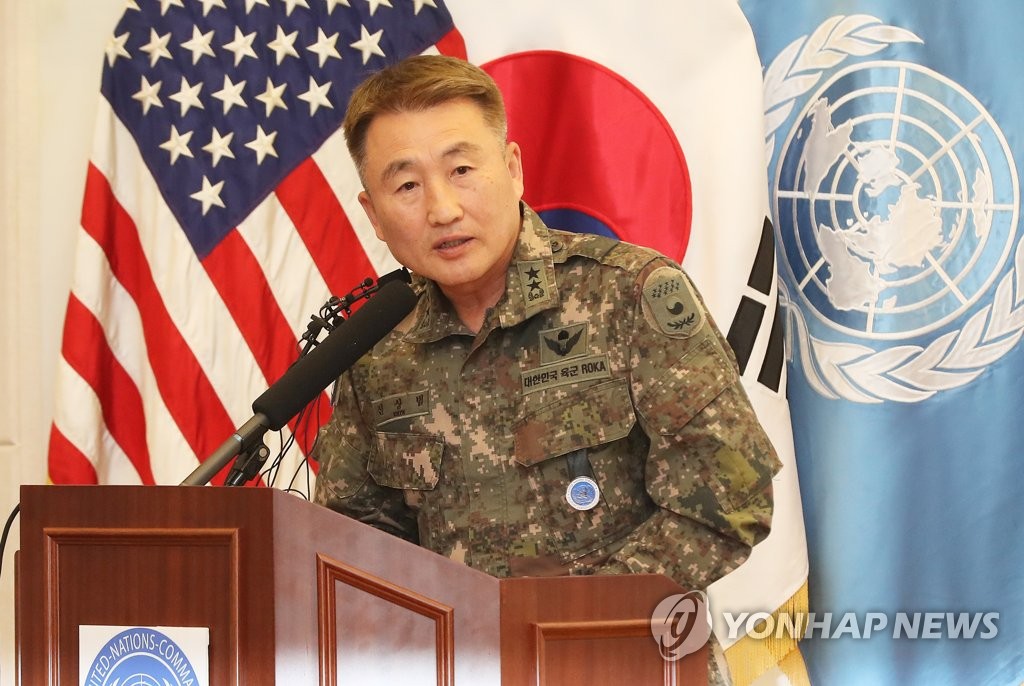