SEOUL, May 20 (Yonhap) -- U.S. President Donald Trump has said that North Korean leader Kim Jong-un wanted to remove only one or two of the five nuclear sites in his country during their summit in Hanoi in February.

Trump made remarks in an interview with Fox News on Sunday (Washington time), reiterating his vow not to allow Iran to have nuclear arms amid heightened military tensions with the Islamic republic.

"When I left Vietnam where we had the summit, I said to Chairman Kim ... And I think very importantly I said, look, you are not ready for a deal because he wanted to get rid of one or two sites," Trump said.

"But he has five sites ... I said what about the other three sites. That is no good," he added.

The Hanoi summit collapsed as Trump and Kim failed to bridge their gaps over the scope of Pyongyang's denuclearization and Washington's sanctions relief. Since then, the bilateral negotiations have hit an impasse.

Trump, however, highlighted that there have not been nuclear and long-range tests amid his administration's diplomatic efforts.

"They haven't had any tests over the last two years. It is zero," he said.

In recent weeks, Pyongyang has made a series of subtle moves short of breaking its self-imposed moratorium on nuclear and long-range missile tests so as to pressure Washington to show flexibility in the nuclear negotiations.

Kim has set a year-end deadline for the U.S. to come up with the "right methodology" for the stalled parley.

Touching on the tensions with Iran that have raised fears of war, he pointed out his reluctance to go to war.

"With all of everything that's going on, and I'm not one that believes -- you know, I'm not somebody that wants to go into war, because war hurts economies, war kills people most importantly -- by far most importantly," he said. 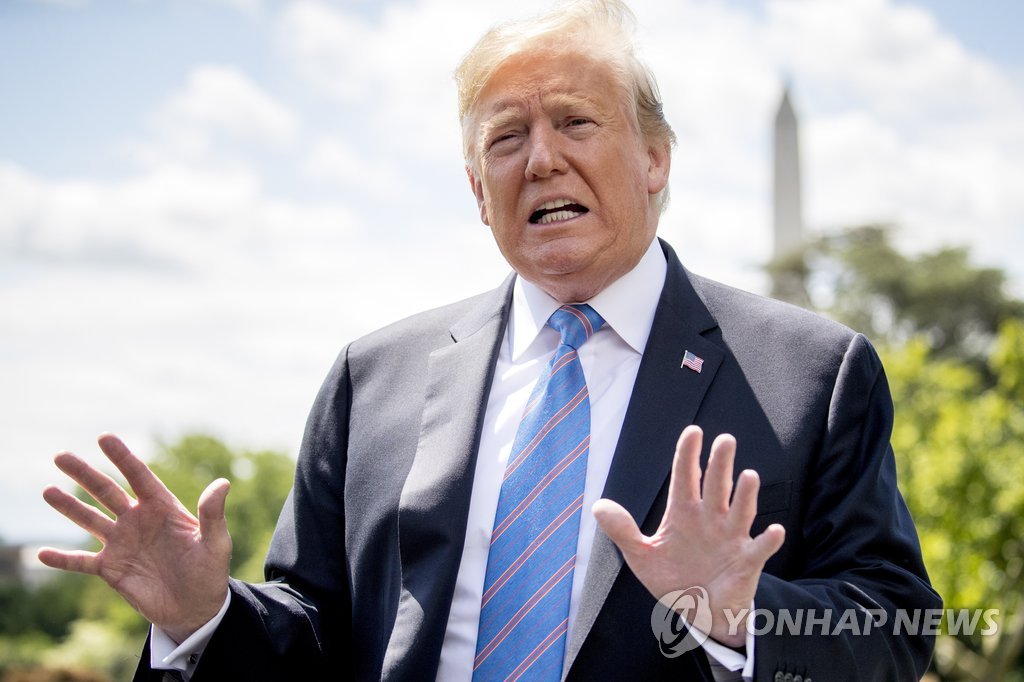