SEOUL, May 20 (Yonhap) -- President Moon Jae-in had phone talks with Crown Prince Mohammed bin Zayed Al Nahyan of the United Arab Emirates (UAE) on Monday, days after a South Korean hostage in Libya was released with the help of the UAE authorities.

Moon expressed his gratitude to the UAE government and the crown prince, who doubles as deputy supreme commander of the country's armed forces, for efforts to get the man freed, according to Cheong Wa Dae spokesperson, Ko Min-jung.

In the 20-minute conversation, Moon described it as a symbolic case that shows the world how robust the "special, strategic" partnership between the two sides is, Ko added. 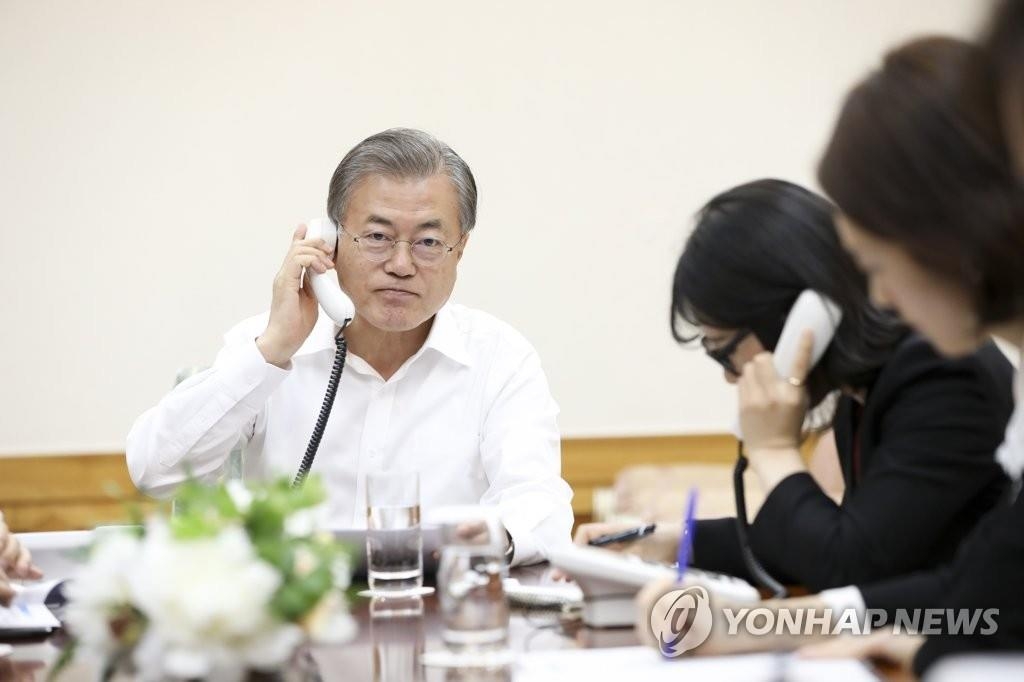 The 62-year-old South Korean man was taken hostage by a group of armed militants on July 6, 2018, along with three Filipinos, while working at a desalination plant in western Libya.

He returned to South Korea on Saturday after being freed unharmed two days earlier.

Cheong Wa Dae earlier said the UAE played a "decisive" role in the process, as the crown prince agreed to provide support for Seoul's efforts to free the man during a summit with Moon here in late February.

The UAE Ministry of Foreign Affairs and International Cooperation also cited the nation's "coordination and cooperation" with the Libyan National Army.

"Upon receiving requests from the Philippines and South Korea, the UAE communicated with the Libyan National Army to work on releasing them and to ensure their safety," it said. 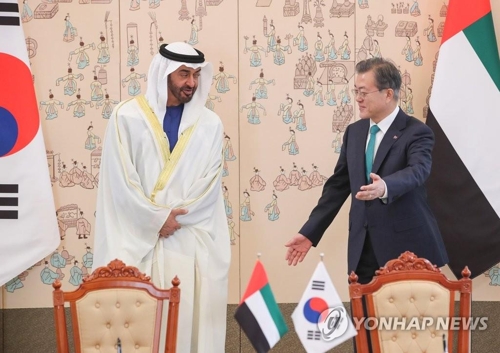 Moon and Mohammed also discussed the issue of recent "sabotage attacks" against four commercial vessels near the Strait of Hormuz.

They agreed to cooperate for regional peace and stability, Ko said.