The Japanese carmaker came up with the fifth-generation RAV4, the first fully changed model in six years, to gain a share of the expanding local SUV market.

The company said it aims to sell 3,000 units a month of the new model in Korea this year. It went on sale Tuesday.

The new RAV4's basic version comes with a 2.5-liter gasoline engine, with two others being hybrid versions. The gasoline version is mated with an eight-speed automatic transmission, and the two gasoline hybrid versions are equipped with an electronically controlled continuously variable transmission (eCVT), the company said in a statement.

The new SUV sells at the starting price of 35 million won (US$29,000), and prices go up to 46 million won depending on optional features.

"We expect the RAV4 will help boost sales (in Korea) for the rest of the year as customers awaited the new SUV model," Toyota Korea President and Chief Executive Takemura Nobuyuki said at a launching event held in Seoul.

SUV models accounted for 22 percent of imported vehicles in 2014, but the number continued to rise to 30 percent in 2018 and reached 34 percent in the January-April period, he said.

In Korea, Toyota sells five models -- the RAV4, the Prius hybrid, the Camry and Avalon sedans and the Sienna van. The RAV4 stands for Robust Accurate Vehicle 4 Wheel Drive and is Toyota's only SUV model available in Korea.

Carmakers, domestic and foreign, have aggressively introduced SUV models to meet rising demand for SUVs in global markets in recent years. Demand for SUVs in the Korean market is also on the increase.

In the January-April period, Toyota Korea sold 3,666 vehicles, down 34 percent from 5,584 units a year earlier due to a lack of new models. In contrast, Lexus Korea saw sales jump 31 percent to 5,639 from 4,305 during the same period, according to the Korea Automobile Importers and Distributors Association. 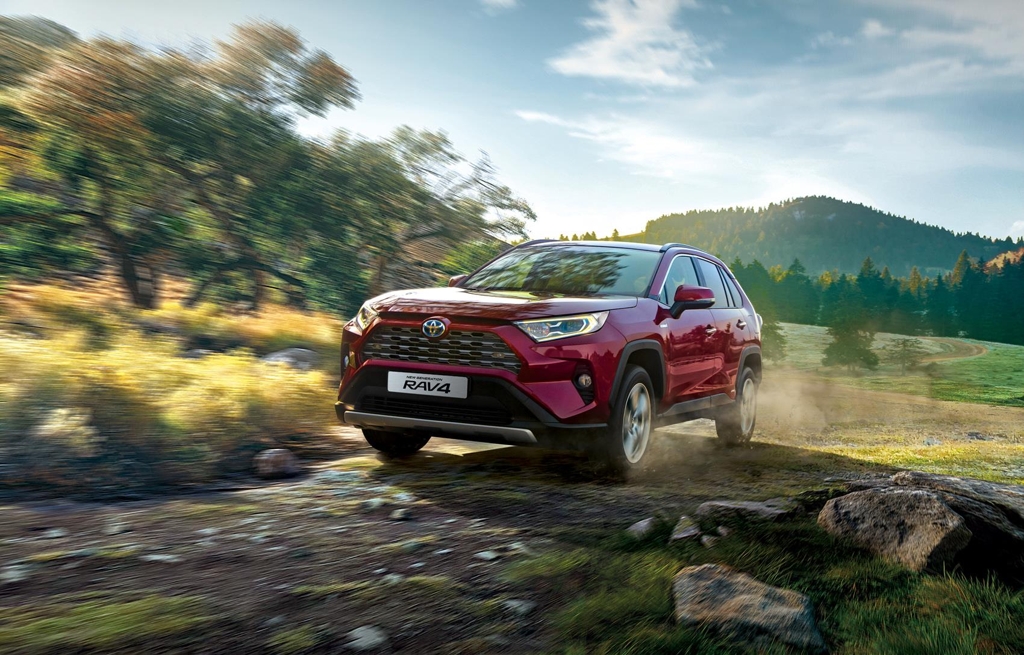