Hanjin Heavy's stock trading had been suspended since February due to capital erosion. The shipyard saw its losses snowballing to 1.32 trillion won (US$1.15 billion) last year, from a loss of 278 billion won a year earlier as it reflected losses from its ties with its Philippine affiliate, which received approval for a rehabilitation scheme in January.

The creditors, including the state-run Korea Development Bank, then accepted a 680 billion-won debt-for-equity swap, as well as other restructuring efforts, to help the shipbuilder escape from capital erosion.

Despite a slump in the global shipbuilding industry, Hanjin Heavy said it aims to normalize its business with new projects.

Hanjin Heavy is set to sell some of its property near a port in Incheon that is worth 131.4 billion won and build a logistics center after selecting a preferred bidder. The company is also set to take part in a modernization project for a Seoul terminal that is estimated around 1 trillion won.

For the construction business, the company said it has so far secured 220 billion won worth of orders this year. 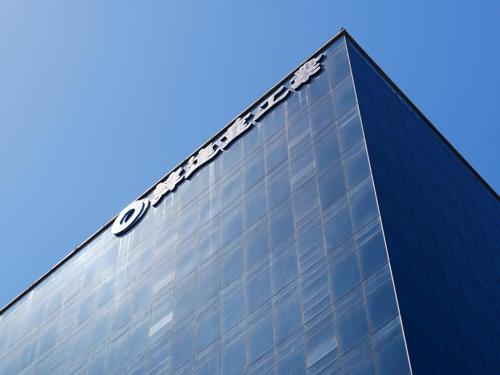