SEOUL, May 22 (Yonhap) -- On the home run leaderboard in the Korea Baseball Organization (KBO) this season, no one looks more out of place than No Jin-hyuk of the NC Dinos.

The light-hitting infielder, with 15 career home runs in 337 games across the five previous seasons, already has eight dingers in 45 games this year, which puts him in a nine-way tie for fifth place in the league. Among those tied with No are former league MVPs Kim Jae-hwan and Lee Dae-ho, 40-homer slugger Jamie Romak and No's NC teammate Christian Bethancourt, the player that the team is paying US$700,000 to hit home runs. 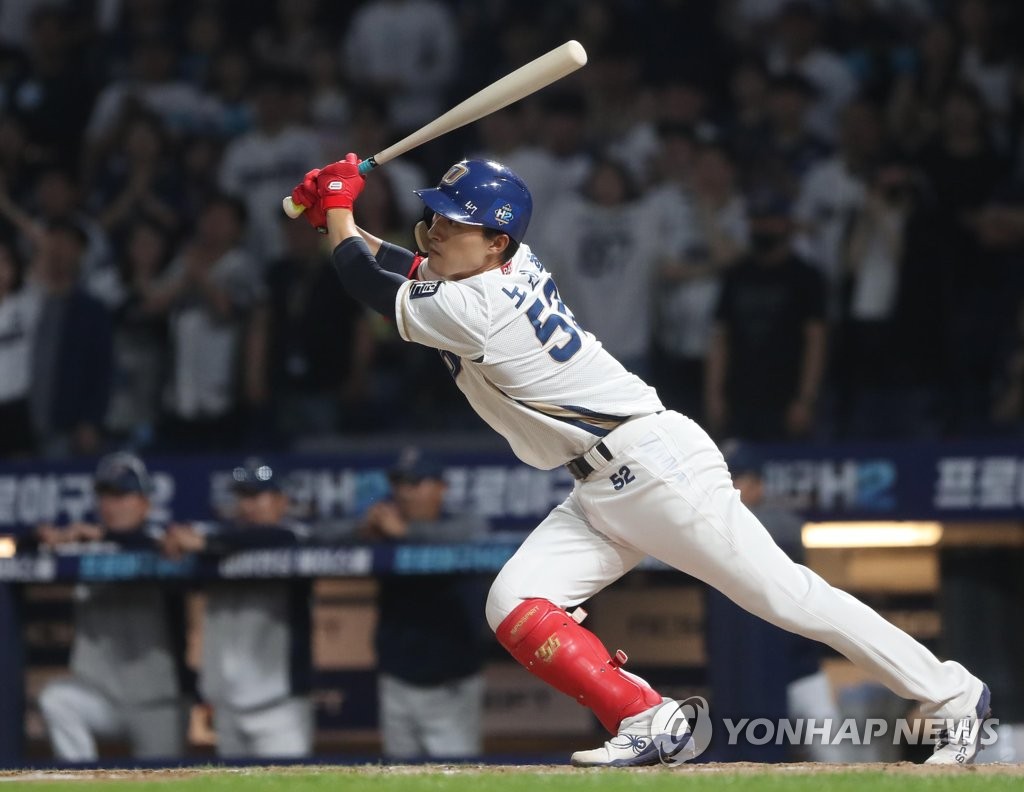 And No, a former cleanup hitter in college who's making 100 million won (US$83,655) this year, said no one is more surprised by that unlikely power surge than himself.

"I've always thought I had the power potential, but honestly, I am surprised I've hit so many home runs so early in the season," No said Tuesday before a road game against the Kiwoom Heroes at Gocheok Sky Dome in Seoul.

He began his mandatory military service with the army club Sangmu in 2016, and No said his stint there was the turning point of his career.

"Before the military, I had no confidence in my bat. I just wanted to play good defense as a backup," No said. "But I saw other players who hit for power with Sangmu and then came back to the KBO and continued to launch home runs. That really inspired me and gave me some confidence that I could do the same."

In his first full season back from the military in 2018, No set a career high with 11 home runs. And he's on pace to shatter that mark in 2019. After knocking in a personal-best 42 runs a year ago, No has 26 RBIs already this season.

"I strike out a lot, but I thought I could always drive the ball because of my strong wrists," No said. "I guess I am finally realizing my potential as I am approaching 30." 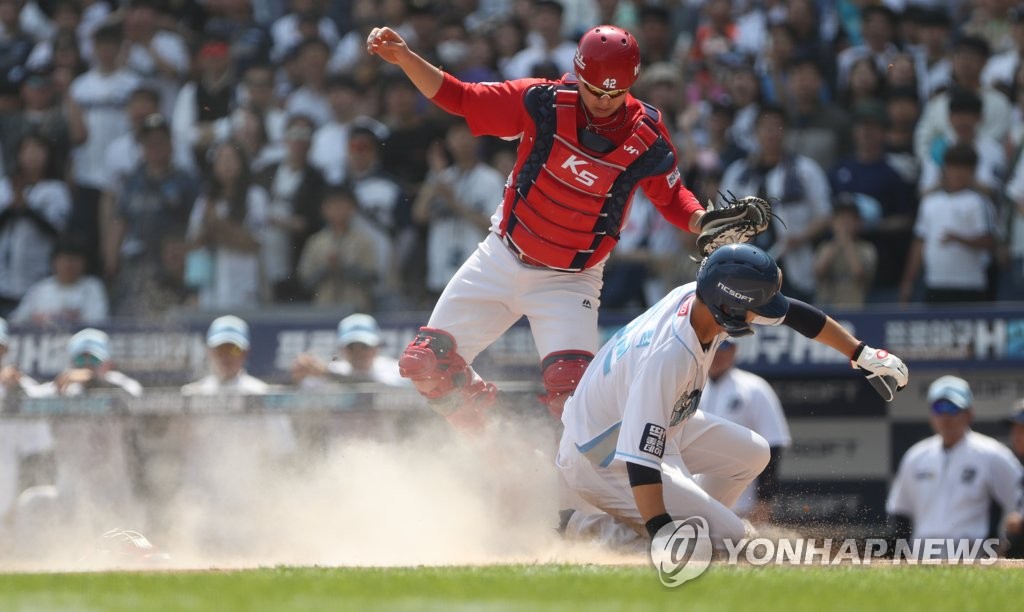 No thanked his team captain Park Min-woo for giving him tips on hitting. Park isn't a power hitter himself, with just 15 career long balls in seven seasons and none this year, but he is a lifetime .326 hitter. Park doesn't have enough at-bats to qualify for the batting title this year, but his .370 mark would put him in second place behind teammate Yang Eui-ji's .385 batting average.

"He's always by my side, trying to help me with my timing," No said of Park. "I don't think I've suddenly become stronger. I think it has more to do with better timing at the plate."

No said Park and other teammates are urging him to aim high and go for individual titles, such as the Golden Glove, awarded annually to the best overall players at each position.

"I know my limits, and I should be modest," No said. "But I would like to get to 15 home runs and 50 RBIs. Once I reach those numbers, then I will set loftier goals."