"Nearly 90 percent of the story takes place in a big house, the home of the rich family. It has a vertical structure -- second floor, first floor and basement," the director said at an official press conference for the 72nd Cannes Film Festival in Cannes, southern France. "Each space is connected by stairs. Our staff jokingly called our work a 'stair movie.'" 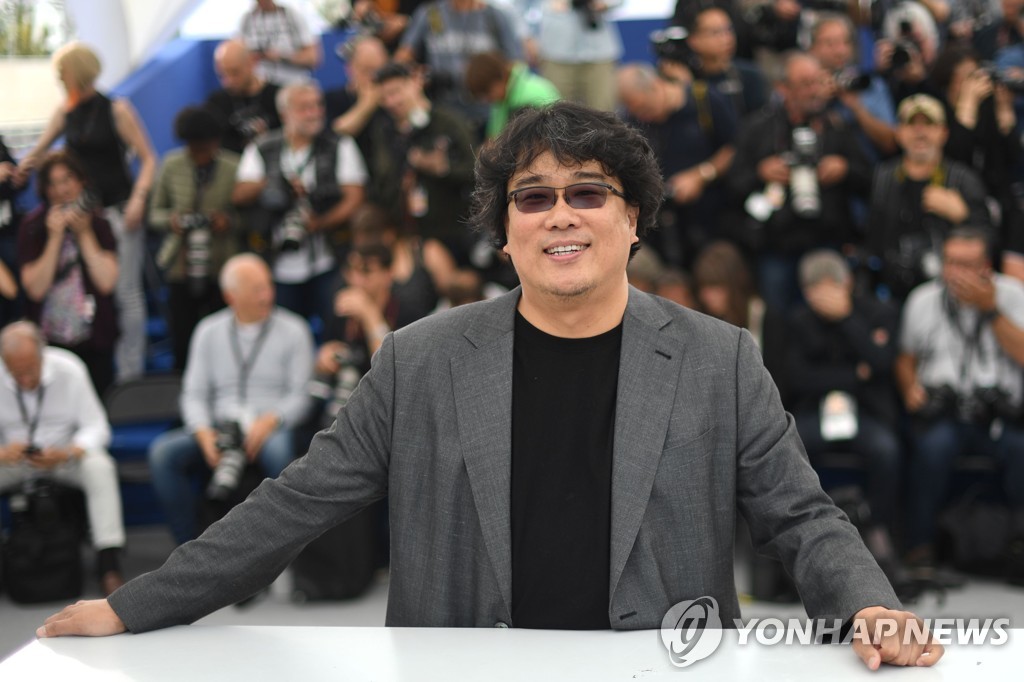 The film, which premiered Tuesday night at Cannes, revolves around the poor family of Ki-taek who live in a squalid, grubby basement. They get involved in a string of mishaps after the sly son gets a job as a tutor for a moneyed family residing in an opulent, gaudy mansion.

It is Bong's second attempt to win the Palme d'Or in the main competition section, following the action-adventure film "Okja" in 2017.

The 49-year old director said he took the concept of stairs from old Korean classic movies like "The Housemaid" by Kim Ki-young in 1960.

"In South Korea, the semi-basement has subtle nuances," he said. "(People) live underground, but want to believe that they are above the ground because they have a moment when sunlight comes into their room."

He said "Parasite" begins with a scene in which the sun lights up Ki-taek's filthy semi-basement home as if his family are not yet living below-the-surface lives.

"But at the same time, they are afraid of falling into a complete underground situation if they get worse," he said. "This is the ingenious point my movie has."

The director is known for his socially conscious films like "The Host," "Snowpiercer" and "Okja." He described himself a genre movie director who doesn't like to follow the rules of genre films.

"Korean genre films have experienced stellar development in the 2000s," he said. "They have made a stab at blending Korean political situations, personal anguish and Korean history." 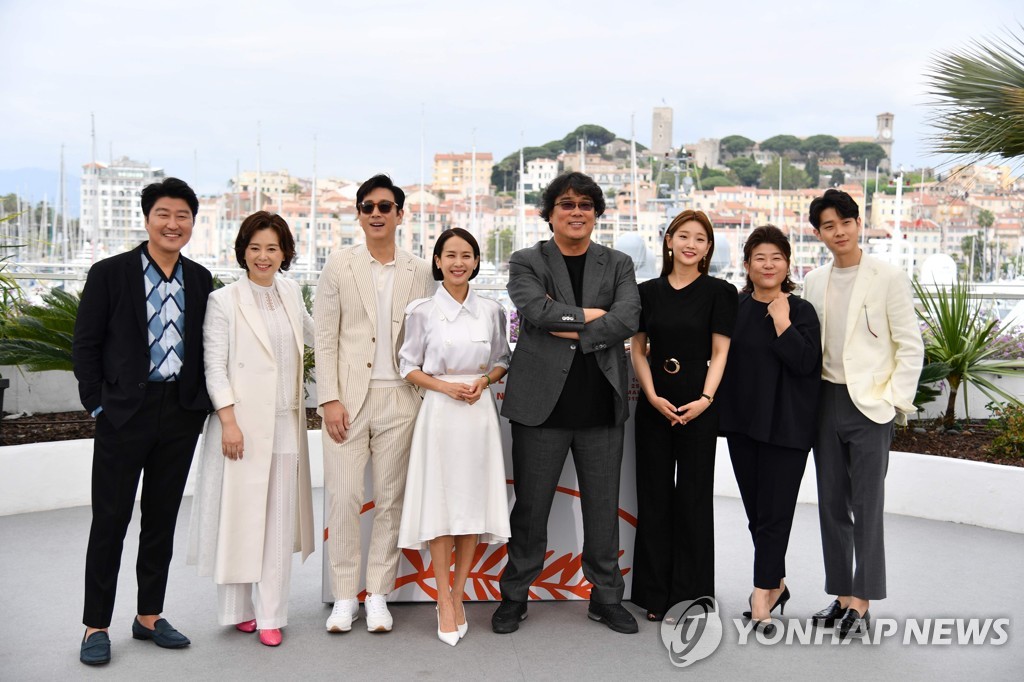 Actor Song Kang-ho plays the role of Ki-taek, the father of the destitute family. It is his fourth time working with the director -- he previously apeared in "Memories of Murder,"
"The Host" and "Snowpiercer."

"As a screenwriter and director, he has wielded his great insight into society in every movie," Song said of the director. "I think 'Parasite' is about what Bong the artist wants to communicate."

Director Bong Joon-ho: stairs are a key metaphor in 'Parasite'

Director Bong Joon-ho: stairs are a key metaphor in 'Parasite'