SEOUL/GIMHAE, South Korea, May 23 (Yonhap) -- Wearing yellow visors, a color that symbolizes former President Roh Moo-hyun, thousands of mourners gathered in his rural hometown Thursday to commemorate the 10th year since his death.

First Lady Kim Jung-sook and high-ranking political and government officials were also among those who attended a memorial service held at the Bongha Village in Gimhae, some 450 kilometers southeast of Seoul.

"Your politics started with integration of people. The path on which President Roh walked was the journey for national unity," National Assembly Speaker Moon Hee-sang said in his eulogy.

"There were three top policy priorities that you had not achieved: to seek peace and prosperity in Northeast Asia; to pursue democracy with the people and to build a balanced society where everybody lives well. We will march to realize your dream," he added.

On May 23, 2009, Roh jumped to his death from a cliff behind his retirement home amid a widening probe by the prosecution into allegations that members of his family accepted illicit funds.

Roh, who served as president from 2003 to 2008, is regarded as an icon of South Korea's contemporary liberalism. 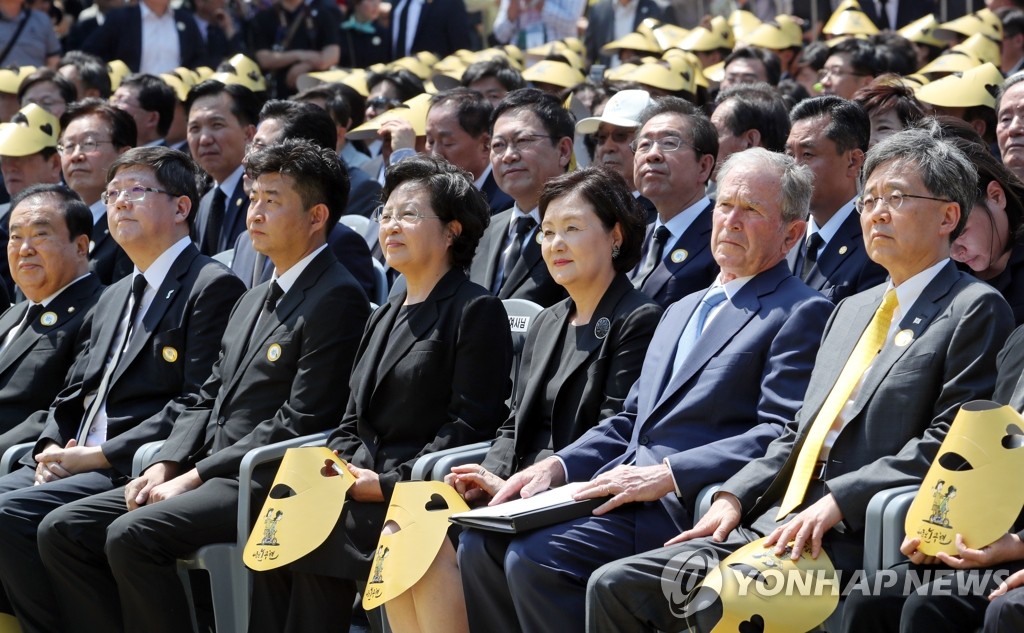 Hwang Kyo-ahn, the head of the main opposition Liberty Korea Party, did not attend, but the conservative party sent a delegation of its lawmakers.

Bush, who arrived in Seoul on Wednesday, expressed his intent to attend the memorial service through Poongsan Corp., a local defense firm, which is known to have close ties with the Bush family.

He brought a portrait of Roh that he painted himself and delivered a five-minute eulogy.

"I painted a kind and sympathetic man. I painted a man who respected fundamental rights of all citizens and today I pray that his vision for human rights in Korea will extend north across the border," Bush said in his eulogy.

Bush said Roh was a strong leader who was not afraid to say what he believed, even to the U.S. president.

"We may have had some differences, but no disagreement ever outweighed our shared belief in the importance of the U.S.-South Korean relationship. And we worked hard to cement that alliance," he said.

Roh's sudden death sparked an outpouring of national grief a decade ago.

The Roh Moo-hyun Foundation said it has prepared for various memorial events as it believes now is the time to move forward after mourning. 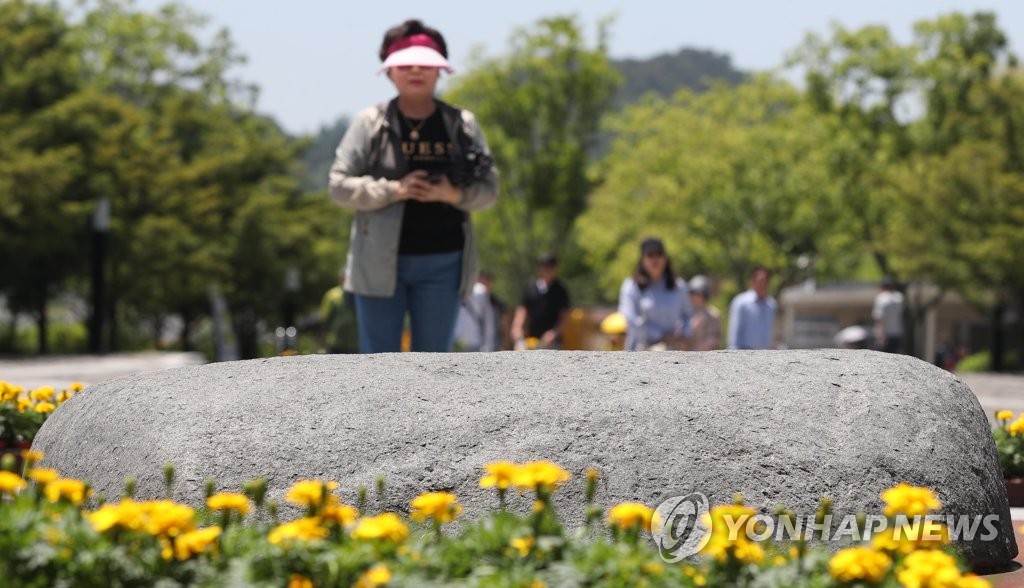