SEOUL, May 23 (Yonhap) -- "Critical differences" exist between South Korea and the United States over how to deal with North Korea and share the cost of the U.S. troop presence in the Asian nation, a U.S. congressional report has said.

The Congressional Research Service report, updated Monday, also said that collaboration between the two countries has become "more inconsistent and unpredictable" under the current Moon Jae-in and Donald Trump administrations.

"Critical differences remain on policy issues like whether and under what conditions to offer concessions to North Korea and how to share costs associated with the U.S.-ROK alliance," the report said.

When tensions were high in 2017 with North Korean nuclear and missile tests, Trump administration officials repeatedly raised the possibility of launching a preventive military strike on the North, the report said.

"This possibility, which would risk triggering a North Korean retaliation against South Korea, appears to have convinced Moon that the United States, rather than North Korea, represented the greatest immediate threat to South Korean security," the report said.

The report came as the nuclear negotiations between Washington and Pyongyang hit a wall following the collapse of the Hanoi summit between Trump and North Korean leader Kim Jong-un in February.

Amid concerns over a possible mismatch of progress in denuclearization talks and inter-Korean cooperation, the allies launched the "working group" consultation channel in November last year.

On the economic front, the report said U.S. sanctions on Iranian exports and other import restrictions on South Korean exports are a growing concern for Seoul.

"The Trump Administration's tendency to change policy positions unexpectedly adds another element of uncertainty," it said. 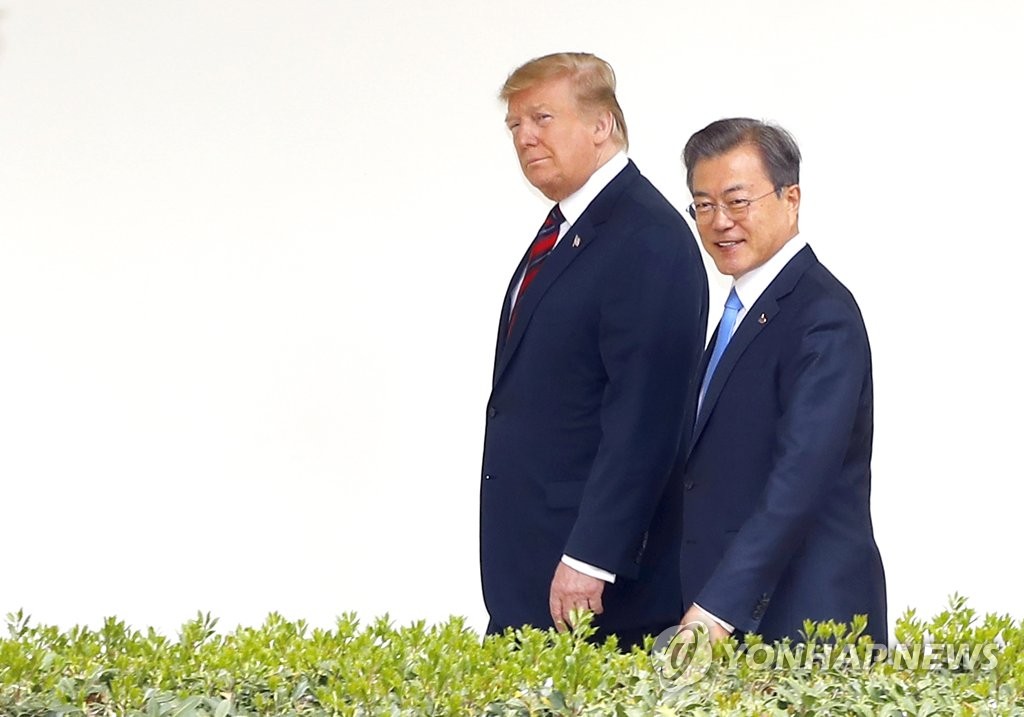